Discussion about mental health is becoming easier and more commonplace. But there’s still a stigma surrounding it, and generally speaking this stigma silences men more. Societal pressures to ‘act tough’ and ‘man up’ – physically and mentally – can lead to men bottling up their emotions and worries.

This is so damaging not only to mental health, but society as well. It prevents men from getting the help they often need and perpetuates the stigma. It’s a problem many men feel, but don’t know how or are too afraid to challenge. According to a survey released by Time to Change, 38% of people with mental health problems have faced negative treatment as a result of stigma.

The Importance of Good Mental Health

Suffering in silence or failing to get sufficient help is not something anyone should have to undergo. But unfortunately this seems to be the case for too many men in the UK.

According to statistics published by Men’s Health Forum:

These numbers are staggering, even more so because they may not be wholly representative of the struggles men face. It’s believed that men’s mental health issues are largely underdiagnosed.

So, what can you do to start spreading a positive message about mental health among men?

We all understand that banter between guys happens, and that’s great. But if this is the only dialogue you and your mates have, can you ever tell if they’re actually okay?

When you get the chance for an individual chat, like when you’re giving or getting a lift home, make the most of it. Take the opportunity to sincerely ask your pal how he’s getting on.

Drop the banter, and speak to the person behind the lad. He might resist at first, but don’t be intrusive. Just make a genuine effort. It might not be until the next meetup or two that your friend decides to take you up on your offer to talk. And that’s fine. Whenever they’re ready.

Hopefully your friends will do the same for you when you need help. Be there for each other. That’s what bros are for.

If you can’t recognise a person’s symptoms, and they are resistant to opening up, how can you know they’re struggling? To really help, you need to understand how men’s mental health problems manifest.

Having this knowledge enables you to identify if your struggles are more than just a bad day. It can help you spot when someone is struggling in silence, so you can let them know you’re there for them.

Common symptoms and issues to take note of include:

When a mental health issue is present, symptoms like these usually persist over a prolonged period of time. And not all of them will apply. Some are difficult or impossible to detect in another person unless they tell you.

By recognising symptoms, you could be the life line a friend or even you need.

Stories about yourself and people you know who’ve battled and hopefully overcome mental health issues are great for reciprocating and helping a guy open up. And of course, it reminds them they are far from alone and can be helped.

You could also share stories about big names that have struggled with mental health to show it’s not just the everyman that’s affected by mental health struggles. So many men have battled depression and other issues, and they now use this experience to campaign for more awareness and support for men’s mental health.

Men are not immune from or above talking about mental health issues. There’s plenty of room for both sensitivity and a ‘macho’ personality. Why do we need a division?

In fact, these survivors show immense physical and mental strength in overcoming their battles. Through sharing their story without feeling ashamed or passing judgement, they set an example for supporting those in need. And most importantly, they show that we are all equally human. Is there anything more manly than that?

Sometimes, you need someone else to start talking to make you feel comfortable and give you the opportunity to speak candidly; to show you someone understands and can reciprocate these feelings; to show you there is no judgement.

Be the one to start that conversation.

Taking the initiative to share your thoughts and feelings with your mate could be all it takes to open up a dialogue about how you’re both doing.

If you sense that someone you know needs help, open up first yourself, and be honest. You might find you’re able to work together to cope and aim for recovery during a time of struggle.

Many men may never vocalise their issues due to fear of stigmatisation, or simply because they can’t accept or recognise what’s happening to them. If you were to ask someone who’s lost a brother, father, uncle, or friend to a mental health issue, chances are they would tell you “I had no idea they were struggling.”

This is why talking is so vital.

It offers an emotional release (guys have emotions too, it’s ridiculous that this even needs to be said) and helps you ground your thoughts and feelings.

Talking helps overcome fears that people won’t understand you (they will; you’re never alone) and helps you accept that mental health issues are real and nothing to be ashamed about. Ever. The body can get sick; so can the mind. Our responses shouldn’t differ.

It might be worth approaching a female friend or family member if you don’t feel ready to talk to your mates. While there will be women who are less understanding, it can be easier to open up to a female who’s responsive to your emotions.

But don’t leave it there. Make the effort to tell your mates once you have the strength. We need to help build a culture where everyone feels able to talk to anyone about men’s mental health.

Several studies have shown the benefits of physical exercise to improve mood and overall mental wellbeing. It boosts confidence and self-esteem, which are both incredibly beneficial for coping with mental health difficulties.

Understandably, not everyone can make time for rigorous exercise. But no matter how busy we are, we should try to do a small amount throughout the week – even a 20 minute walk can make all the difference.

If you have a pal you know is struggling, invite them to join you for a workout.

Whatever it is – a jog, climbing, cycling or cricket – get your mate involved. You can bet they’ll be surprised by how much it helps.

They might be reluctant to begin with, so be patient and reassuring. Don’t be that guy who makes them feel guilty for not wanting to do exercise or get involved in a team sport. You need to approach it sensitively.

Keep sending them regular but casual, no-pressure invites. Over time, they’ll find the courage and strength to join you.

If your mate doesn’t seem himself and is struggling to cope, it may be worth speaking to whoever they live with about how they are at home. Ask your friend if they have some free time to break away from their routine for a few days. It might do them good to have a change of scenery in an environment where they can truly relax, collect their thoughts, and clear their head.

See if you can get away for a weekend and do something you guys used to do before his struggles began.

But make sure you talk to him about it first. Nostalgia is a double-edged sword: past memories can be very comforting, but also disheartening if it reminds him of a time when he felt better.

Some ideas for getting back to your roots:

One of the most difficult things about struggling with mental health is how it makes you feel like you’ve lost your identity; how it strips you of the joy you once got out of hobbies and social activities. Doing activities that you used to do helps you get back in touch with your identity and feel so much saner.

Sometimes all someone needs is perspective; to get out of their own head for a while and realise where they’ve come from, what they’ve achieved, and what they can do to enjoy life.

It’s important that all of us keep a log of our mood, attitude, and behaviours on a day-to-day basis. That way, we can keep a check on any alterations, and nip them in the bud before they develop into bigger problems.

It can also help you adopt a mindful mentality. You become more in tune with how you feel in the moment, meaning you can focus and tackle negative feelings on the spot easier.

If your partner, loved one, family member or friend appears to be going through tough times, suggest to them that they keep a mood diary. He may not see the merits at first, so it might be worth encouraging him by making it a team effort. Share your mood with him daily, until he starts feeling like he wants to do the same.

After a week or two of faithful recording, he’ll start to see how liberating it is, and how much more in control it makes him feel.

Don’t ignore mental health, whether it’s you or someone else that’s struggling.

The mental health movement is happening for a reason – for good reason – so don’t delay. Get involved and get talking about men’s mental health.

If you want to read more, check out Heads Up Guys: a site dedicated to depression in men, where stories are shared and judgement is left at the door. 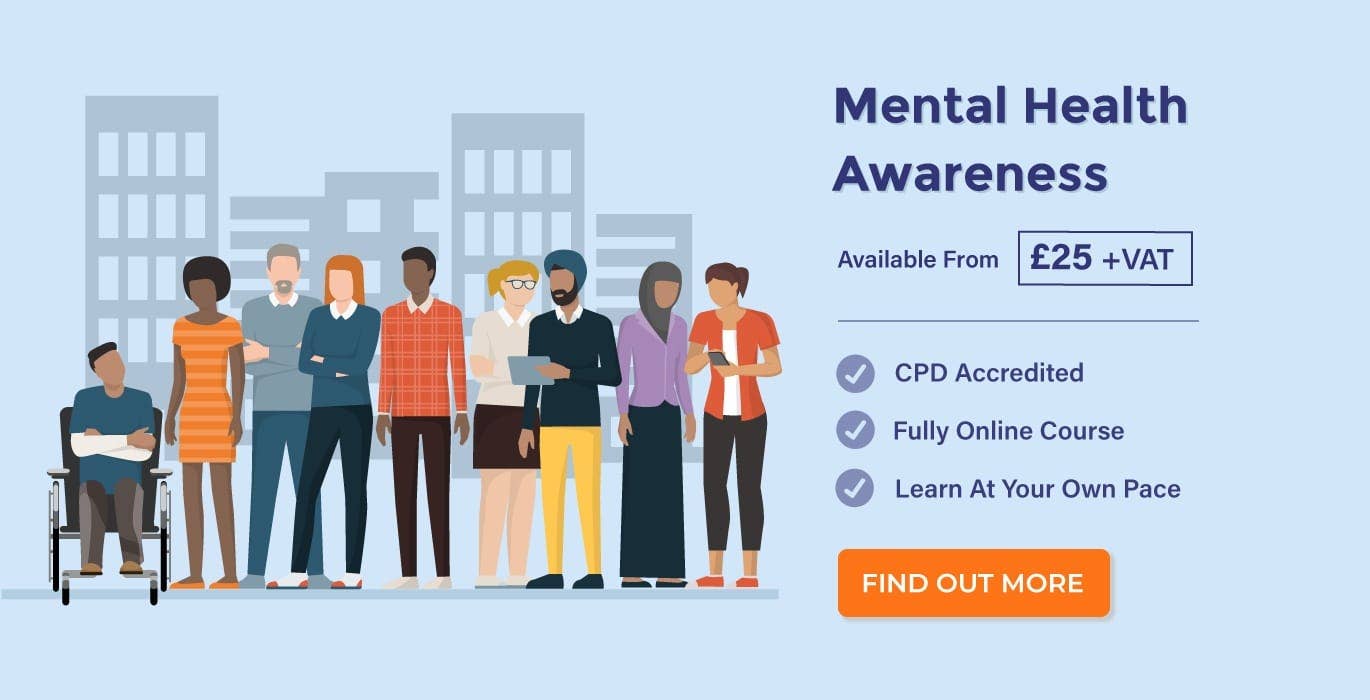 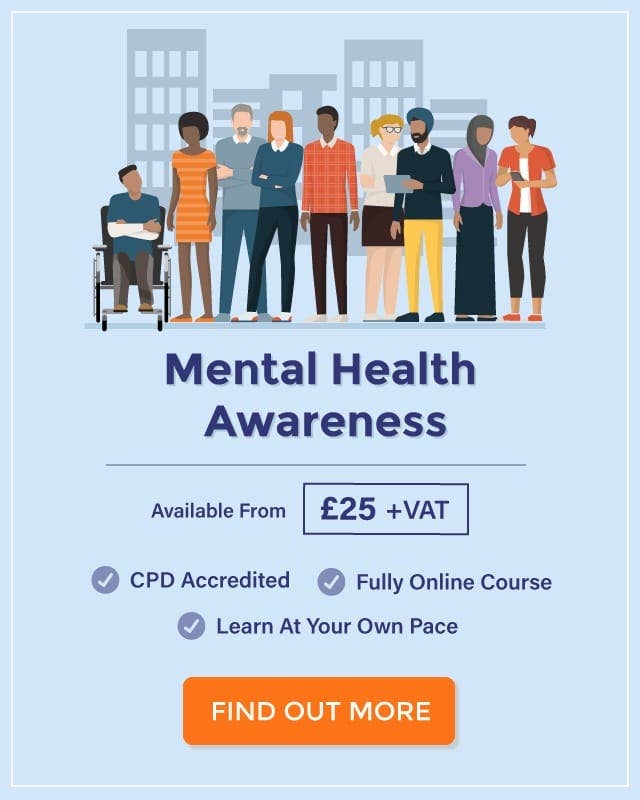 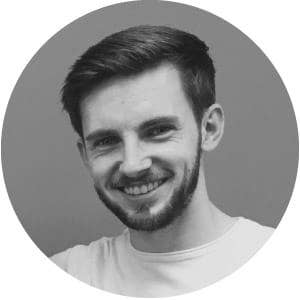 Jordan Bradley
Jordan began writing for the Hub in 2015 and specialises in the topics of business and workplace wellbeing. His interest is in helping employers adapt to their employee's needs where possible, and vice versa.