The Effects of Bribery and Corruption in Businesses

The introduction of the Bribery Act (2010) has been a strong step towards combatting unethical financial action in businesses. It has helped discourage criminal behaviour and raise people’s awareness about corporate bribery, so that it can be more readily identified, reported, and properly prosecuted.

Combatting unethical practices such as bribery is a matter of changing the way people think. Considering bribery to simply be ‘a necessary evil’ or ‘the way business is done’ are attitudes that become deeply ingrained in people and are difficult to purge. This is the toll corruption and bribery takes on a business: it pollutes people’s perception of business practices. Unethical practices can become the norm.

How Widespread are Corruption and Bribery?

According to Transparency International, 68% of countries worldwide have a serious corruption problem, and not one single country is corruption-free.

In 2016, the Institute of Business Ethics (IBE) identified the most commonly reported business ethics issues as bribery, corruption, fraud and money laundering. These acts applied to a range of business sectors, with unethical behaviour being most frequently recorded from the finance, retail and technology sectors.

A noteworthy BBC investigation in 2015 revealed that the British American Tobacco (BAT) company was involved in paying bribes to politicians and civil servants in countries in East Africa. Paul Hopkins, who worked for BAT for 13 years, has shared his experiences about the company’s corrupt activities.

“The reality is…if they have to break the rules, they will break the rules.” he said. “My job was to make sure the competition never got a breathing space.”

Secret documents he shared revealed illegal payments being made to two members and one former member of the World Health Organisation’s (WHO) Framework Convention on Tobacco Control (FCTC): a campaign that aims to reduce deaths from tobacco-related illness. They also showed the company paying bribes to undermine anti-smoking legislation, as well as numerous other parties.

Dr Vera da Costa e Silva from WHO stated that BAT “is irresponsible to say the least. It is using bribery to profit at the cost of people’s lives, simple as that.”

What Impact does Bribery Have on a Company?

It can be difficult to quantify the damage bribery has on a company, particularly when it actually accelerates the growth of a business, albeit by shady practices. But research carried out by P.M. Healy and G. Serafeim from Harvard Business School offers an insight into the impact of corporate bribery on organisations as a whole.

Impacts on firms’ reputation and on their financial standing (when they are faced with legal costs) depends on whether or not the company’s illicit acts are ever brought to light. And the fact is: many instances will fail to ever be reported.

Healy and Serafeim’s research instead focused on the impact on corporate performance. They discovered that bribery’s most significant impact is its negative effect on employee morale.

Respondents of their survey were asked how they believed the detection of bribery would impact their firm, and how it had done when discovered. Those whose company had genuinely encountered bribery reported that it was employee morale that was most affected than any other factor, even above reputation, relations with regulators, and financial standing.

If a company engages in bribery and corrupt business practices, they are endorsing it; they are suggesting it is positive.

This “sends a strong message about what the organisation stands for”, as Serafeim stated. They are perpetuating the idea that bribery is a fair business practice. It says to employees that everything can be solved with money or incentives, rather than through hard work and building relationships.

How can Corruption and Bribery be Prevented?

Embedding an anti-corruption mind-set in place of unethical thought processes is not an overnight process. Creating a culture of integrity and openness requires the long-term commitment of leaders (the ones responsible for setting the workplace standards that employees will follow) to adopting an ethical approach to the way they do business.

The Ministry of Justice has published 6 principles which companies should follow to prevent and deal with bribery and corruption:

Procedures for preventing bribery should be in place which are proportionate to the size of the company. This includes an anti-bribery policy, anti-bribery training for staff, and anti-bribery rules by which people must abide.

Anti-bribery rules and procedures include:

All procedures should be clear, practical, accessible, and effectively implemented and enforced throughout the company.

Our Anti-Bribery Training raises an awareness of how to identify potential bribery risk situations and demonstrates how organisations can be sure they are following the correct anti-bribery procedures.

Senior members’ attitudes will rub off onto those lower down the corporate ladder. They represent the company, and need to show that it has a zero-tolerance approach to bribery and corruption so that employees also adopt this perception and are less susceptible to unethical practices.

Promoting anti-bribery procedures, such as encouraging employees to use the company’s whistleblowing helpline, will show dedication to preventing unethical behaviour. Likewise, reviewing the bribery prevention policies and ensuring everyone is familiar with them on a regular basis will reinforce the company’s commitment.

Your company should be able to determine what specific risks of bribery it may be faced with. Remember, if a member of the business is the one receiving a bribe they are equally accountable. Are there any employees at particular risk of being bribed? Are they aware of what to do if offered a bribe? Can they differentiate between a bribe and a goodwill gesture?

The Say No Toolkit is an app designed to aid employees with making difficult decisions regarding bribery. It helps them understand the situation they’re in better and offers them advice on how to respond.

What industry is your company a part of? Finances? Manufacturing? Media? Depending on what work activities people engage in as part of their trade or profession, different risks of bribery could exist. Seniors need to undertake research to discover what these are and respond appropriately.

The foundation of a company with strong ethics is its ability to communicate its anti-corruption agenda openly and transparently to people. Employees should feel confident in their ability to prevent bribery and should know that senior management will support them if they lose contracts or business as a result of opposing corrupt practices.

Whistleblowing procedures should be very clearly explained to staff. Engaging in roleplay to simulate instances where an employee faces bribery may even help heighten their ability to respond to such situations under pressure.

This will all help communicate to employees that the company takes anti-corruption procedures seriously and isn’t simply aiming to tick the compliance box.

Putting in place procedures without checking to see whether they are actually being adopted or even working in practice is like putting up a smoke alarm without checking that its battery is attached and that it actually emits sound. They need to be regularly reviewed to ensure that they’re effective and that employees still have a strong understanding at all times.

Reinforcing policies on a regular basis will help them become deeply ingrained in employees’ minds. They will become an integral part of the company’s culture, which will eliminate the possibility of an ethical lapse.

The fact of the matter is, companies need to fight this issue from the inside out. Many companies worldwide are actively taking steps to address bribery, but it is still a global issue.

If corrupt attitudes are not addressed more proactively, they will continue to burrow deeper into people’s minds and continue to negatively influence others, leaving the business with nothing to show except demoralised employees and greed-driven relationships. 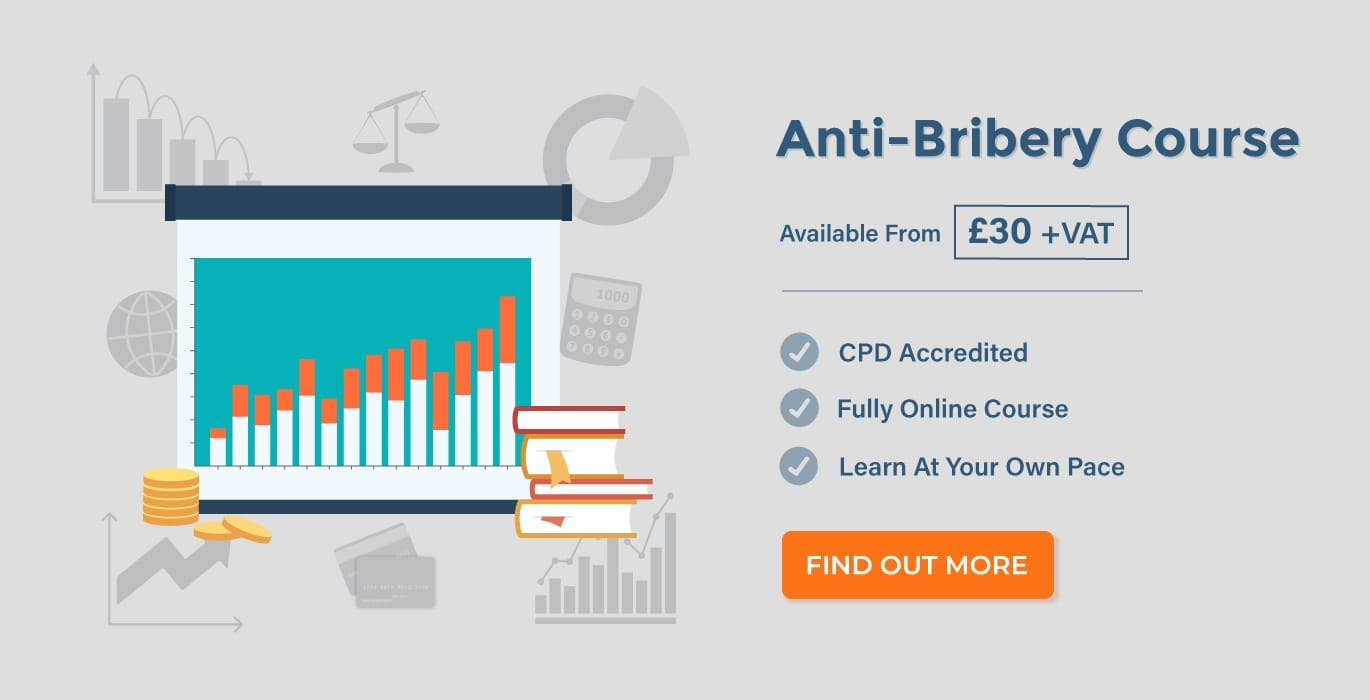 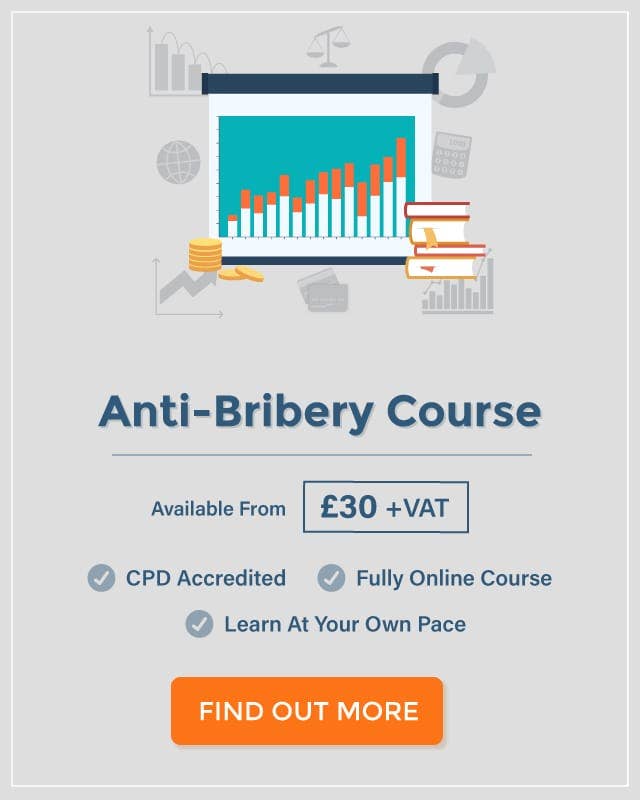