This article is a guest piece on the Hub, written by Linda Reinstein. Linda is a co-founder of the Asbestos Disease Awareness Organisation; an organisation that works to increase asbestos awareness and prevent related diseases.

For centuries, the asbestos tragedy has been told in dollars and data – but our personal stories are hard to ignore.

I want to share a bit about the personal side of my journey, not for sympathy, but so you can better understand the motivation behind the Asbestos Disease Awareness Organization’s (ADAO) work.

Can’t Pronounce It, Can’t Cure It.

Thirteen years ago everything seemed perfect. I had married the love of my life and was a mother to our beautiful daughter who was ten years old at the time. However, in 2003, my life took a sharp turn in an ill-fated direction.

Alan, my husband of 20 years, had developed a slight, persistent cough, and had also lost some weight. Intuitively, I thought something was wrong.

During Alan’s routine physical, an x-ray revealed a pleural effusion – fluid between the lining of the lung and the lung itself. Alan suffered through a glut of tests to determine what was causing the effusion. For nearly one year every test was negative, but Alan’s breathing and cough worsened.

When the thoracic surgeon met with me afterwards to discuss the procedure, he asked if I was alone, and my heart nearly stopped. He told me that Alan had mesothelioma, cancer only caused by asbestos exposure. I had never heard of mesothelioma, I couldn’t pronounce the word, and worst of all, I learned it was incurable.

Alan’s diagnosis was pre-Google, and pre-smartphone, too, so I waited until that night to search the web for more information.

Shockingly, I learned that asbestos caused a number of deadly diseases, not just mesothelioma. And, late that night, through my tears, the hidden secrets and killer lies began to unfold. Betrayal, rage and devastation enveloped me when we also learned that mesothelioma is a preventable cancer.

Alan would do anything for more time with his family, even drastic surgery. Alan survived the surgery in 2003, which removed his entire left lung and pericardium, and replaced his diaphragm. He learned how to live with only one lung, and we began to heal as a family.

Watching Alan change before my eyes was utterly unbearable. Falling from the vibrant, active father and husband he had been, Alan changed forever, and so had we. I faced intense helplessness and hopelessness, all while trying to be an optimistic wife and mother.

Throughout his battle with mesothelioma, I continued to read and learn that asbestos has caused one of the largest manmade public health disasters.

Asbestos — the crime of the century with its historical facts and players — reads like a Grisham novel.

Something else became glaringly apparent — nothing was being done to prevent exposure.

Was it my maternal instinct, hopeless optimism, or anger that fueled my advocacy? I’m not sure — maybe it was all three.

Fueled by my intense grief about Alan’s diagnosis, I turned my anger into action by co-founding ADAO in 2004.

To this day, over a decade after Alan’s diagnosis, ADAO’s has stayed true to our core principles of education, advocacy and community as we work together to prevent asbestos exposure and eliminate deadly asbestos-caused diseases.

We had hoped Alan would be the exception and not lose his life to mesothelioma, but his breathing became shallow and he had a slight cough – and this time, Alan only had one lung. Tethered to Oxygen and ultimately wheelchair-bound, multiple surgeries and chemotherapy couldn’t delay the inevitable.

Alan lost his courageous battle with mesothelioma in 2006 at the age of 66. Emily and I were with him when he took his last breath. I remember the moment like it was yesterday as my daughter Emily comforted her father, telling him he “was a champ, that he won because he never gave up.”

As many of you know, parents will do anything for their children. Alan’s gift of more time was the most precious gift he could give us.

In Alan’s memory, I continued to fight for justice through ADAO.

Throughout the past 13 years, ADAO has become the largest independent asbestos victims’ organisation in the United States, with an international support network over 60,000 strong.

I’ve had the honour of testifying before the House and Senate six times.

The Killer Lurks Amongst Us

But our work is not done. Although asbestos has been banned in over 50 countries, asbestos remains legal and lethal in several nations including Russia, India, and the United States.

Though the United Kingdom banned asbestos in 1999, this deadly dust is a threat in homes, schools, and communities across the UK.

Prevention Remains the Only Cure

The universal questions I often receive are:

In the UK, although asbestos is no longer used or imported, it still presents a risk to the health of anyone who might disturb it. If left untouched asbestos has little chance of causing such life-changing diseases but when disturbed the fibres are released and can have catastrophic effects.

The main problem is perhaps that asbestos can be found in almost any material. Despite it being banned in the UK, it still exists in buildings and products installed before the year 2000.

Asbestos is lurking in the most unlikely of places, including floor and ceiling tiles, cement products, sprayed coatings on walls and beams, insulating board, cardboard, fire blankets and fire doors, roof felt, and pipework.

Asbestos can exist anywhere and is irrespective of building type, function, size or location.

What’s more is that asbestos fibres can’t be seen and thus, they can’t be identified by sight: one fibre can be up to 700 times smaller than the width of a human hair.

If in doubt, always assume that a material contains asbestos. It’s better to be safe than sorry.

To prevent people coming to harm, all employers and/or duty holders have a duty to manage asbestos and must, by law carry out a risk assessment to identify the hazards in their premises, whether it’s a permanent or temporary location.

The risk assessment findings should be used to prepare a plan which sets out exactly how the risks will be managed. These findings must be made available to anyone who may or is liable to disturb asbestos containing materials (ACM) including the emergency services should that need occur. The findings must be documented in a written management plan that describes the location and condition of ACMs.

If it’s discovered in the absence of an asbestos management plan that there are asbestos containing materials in the premises (or you suspect that there are), you must stop work immediately and clear the area of people. Until an assessment is made and a sample or samples have been taken and analysed by a certified laboratory you should not re-enter the premises until it’s safe to do so.

Asbestos-containing materials must only be handled by a licensed asbestos removal contractor; never try to remove, sweep, dampen or dispose of asbestos yourself unless you have been trained to do so as an employee and hold a HSE license as the employer.

Defined by the HSE in the Approved Code of Practice (ACoP L143), there are three main types of training to provide you with the information you need to safely work on asbestos containing materials:

This may sound daunting, but knowing and following the law will save lives. 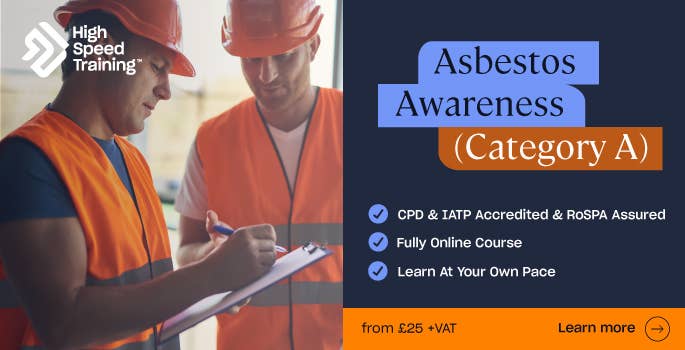 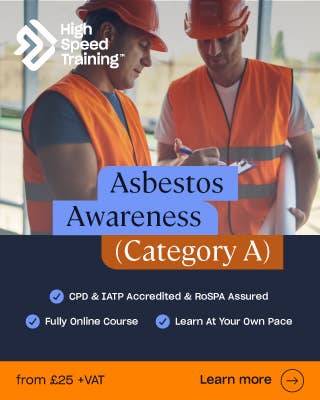 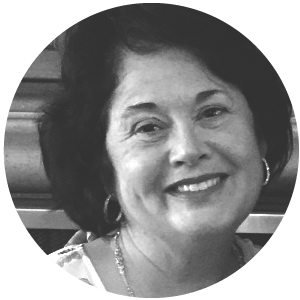 Linda Reinstein
Linda Reinstein became a public heath advocate after her husband, Alan, was diagnosed with mesothelioma in 2003.  One year later, she co-founded the Asbestos Disease Awareness Organization (ADAO) which has become the largest independent 501(c)(3) non-profit in the U.S. dedicated to preventing asbestos-caused diseases rights through education, advocacy, and community initiatives. Reinstein has been a strong political voice for major local, national, and international asbestos-related issues and frequently serves as a Congressional witness.