With the weather getting warmer in the UK, barbeque season is fast approaching. BBQs are a popular choice for summer gatherings, whether that be with family in a private garden, or with friends in a public place. For some BBQ inspiration, you may want to check out our BBQ Checklist: Preparation and Safety Guide.

Although they are a popular choice, BBQs can pose many dangers if they aren’t managed and handled appropriately. BBQs are also prohibited in some places and so you must ensure you follow the rules.

This guide outlines the rules and regulations you must follow if having a BBQ in the UK. It explains the fire safety dangers you may face and provides some fire safety tips, so you can rest assured that your BBQ event is safe for everyone.

What are the Rules and Regulations for BBQs?

Before you start planning your BBQ, it’s important to consider whether there are any restrictions in place. You may need to hold your BBQ in a different location or make other adjustments to your plans. Many parts of the UK are classed as smoke control areas, meaning that smoke cannot be emitted from a chimney unless an authorised fuel is being burnt or exempt appliances are used. BBQs are exempt from this, and the government website clearly states that they can be used.

One law you need to consider and abide by regardless of where you have your BBQ relates to road safety. You must not have a BBQ near a main road as the smoke that drifts across the road could pose a visibility risk to drivers. You could be fined if you allow this to happen. Therefore, it’s important to plan and carefully consider where you are going to hold your BBQ.

If you’re having a BBQ in your garden or on your private property, there aren’t any laws preventing you from doing so when you please. However, the nuisance it can cause to neighbours, often from the smoke, can breach regulations in some circumstances. While the smoke is unlikely to be classed as a statutory nuisance, if you frequently have BBQs and they become an annoyance to people nearby, they may make a record of this and pass this on to their local council. You may then be visited by an Environmental Health Officer (EHO) to determine whether the complaint is a statutory nuisance, and you may be issued a notice to stop causing nuisance. However, this is in extreme circumstances only, and it’s more likely that your neighbour would talk to you first if your BBQ was causing them problems.

To avoid annoying your neighbours with the smoke from your BBQ, it’s best to let them know in advance that you are going to be having a BBQ. They may want to get their washing in first! You should also be considerate when setting up your BBQ by placing it where the wind blows smoke away from your neighbours’ gardens, and not directly next to it.

You are also strongly advised to not hold a BBQ on a balcony. While there is no specific legislation preventing you from doing so, it’s likely to be a clause within the terms of your lease. Even if this is not the case, having a BBQ on your balcony has the potential to be extremely dangerous. One danger is from the carbon monoxide fumes that may travel inside your apartment, which could be lethal.

If you want to have a BBQ on public land, you must ensure that there are no regulations in place that prohibit this. There are rules in place that dictate how common land, towns and public greens are used. Often, the use of BBQs is included within this and a ban may be in place. This includes land that is owned by organisations such as the National Trust. The Countryside Code, for example, says not to have BBQs in open countryside unless there are signs saying you can. In addition, there are bylaws in place in some parts of the country, such as around London, that prohibit the lighting of BBQs in green public spaces.

These restrictions are in place due to concerns about fire safety hazards and the threat the BBQ can pose to the surrounding land and wildlife. Disposable BBQs are the main culprit of accidental grass fires which can have a devastating impact on the countryside. If a public area does not permit the lighting of BBQs you must follow this rule.

Green public spaces at other locations may permit BBQs in designated areas, provided they are managed appropriately to minimise the risk of harm to the public and the land. By following the fire safety tips explained later in this article, you can safely hold a BBQ in a public place, if permitted.

To avoid holding a BBQ in a public park illegally, it’s best to always check in advance whether BBQs are permitted there. If you’re uncertain, you should contact your local council for clarification.

What are the Fire Dangers at BBQs?

Every year, fire and rescue services give warnings on the dangers of having a BBQ. Due to their very nature, BBQs pose many risks to health and safety. However, by taking the necessary measures, the risks can be controlled and reduced. You must recognise the potential dangers of having a BBQ, whether that be a disposable one or a gas or charcoal BBQ. If you are careless or don’t consider the potential dangers and act to reduce them, people could get seriously hurt.

One of the main fire dangers of BBQs is the risk of fires starting. Fires can get out of control very quickly and pose a serious risk to people, property and the environment. This can be easily caused if disposable BBQs are not disposed of correctly. Disposable BBQs should be left to cool for several hours before being disposed of. You should also pour water over it before putting it into a bin, to ensure the heat has been eliminated. This is important because many fires are started due to the heat from leftover disposable BBQs, rather than the flames themselves. The heat can easily set peat and dry moorland alight, causing catastrophic damage to the land, such as during the 2018 wildfires including on Saddleworth Moor.

Fires can also start if petrol, paraffin or other flammable liquids are used to try to start or accelerate a BBQ. To avoid this, you must never use flammable liquids on a BBQ and instead follow the manufacturers’ instructions that come with the BBQ.

BBQs can leave people with burns if precautions aren’t taken. This could be inflicted on the person controlling the BBQ, or someone who gets too close to it. BBQs get extremely hot and should not be touched when in use, or while they are cooling down afterwards. To avoid being burnt, you should avoid standing too close to the BBQ and encourage others to keep their distance. You should also use appropriate equipment, such as long-handled tongs, whilst cooking and needing to get closer to the BBQ.

BBQs can give off fumes for hours after you’ve used them. Fumes include the poisonous gas carbon monoxide, which can be very hazardous to health if large quantities are inhaled. Carbon monoxide has no smell or taste, and so it’s unlikely you would notice straight away if you were breathing it in. The NHS lists the symptoms of carbon monoxide poisoning as:

This is why it is so important to set up your BBQ in a well-ventilated outside area. If you are camping, you must keep the BBQ outside and away from your tent even after it has stopped smouldering. It may still be letting off carbon monoxide fumes that can be deadly. By understanding the dangers and taking the precautions required, you can ensure that everyone is kept safe at your BBQ event.

How Do I Extinguish a Fire?

A BBQ resulting in a fire is a worst-case scenario that you will hopefully not encounter. Nonetheless, it is important to understand how to extinguish a fire, particularly as they may spread very quickly. Someone must attend the BBQ at all times and be ready to take action if it gets out of control.

In the event of a fire, you are going to need to act quickly to prevent any damage or injuries. While flames are to be expected on a BBQ, they may become too large and difficult to control. This is why it is strongly recommended that you have a bucket of water or sand nearby to put on the BBQ and extinguish the flames if needed.

It is recommended that you use a dry powder fire extinguisher on gas BBQs, as these can be used on all Class C (gas) fires, as well as Class A (solid materials) and Class B (liquid) fires. Water extinguishers should only be used on fires caused by Class A materials, such as wood and paper. They can be used on both charcoal and disposable BBQs, though any fat from meat may spit when sprayed. As an alternative, where oils and fats are involved, wet chemical extinguishers can be used, as these manage Class F (oils and fats) fires such as fats from BBQ meats.

If you are going to use a fire extinguisher on a BBQ, you must ensure that it is the right type. It’s also advised that only people who have received some training in using extinguishers do so, because the techniques for using them safely and effectively can vary.

To help you to ensure your BBQ is managed safely and the risk of fire is reduced, we’ve put together a series of fire safety tips. The first list of precautions apply to all types of BBQ. None of these are intended to spoil your fun; following this guidance will help keep everyone, and the surrounding area, safe from fire.

In addition to the guidance above, you should also follow the fire safety guidance below for each specific type of BBQ.

If using a gas BBQ, you must:

If using a charcoal BBQ, you must:

If using a disposable BBQ, you must:

You should now understand what you need to do to ensure your BBQ is managed safely. By following our fire safety tips, you can rest assured that your BBQ event will be free from any accidents, without spoiling any of the fun! 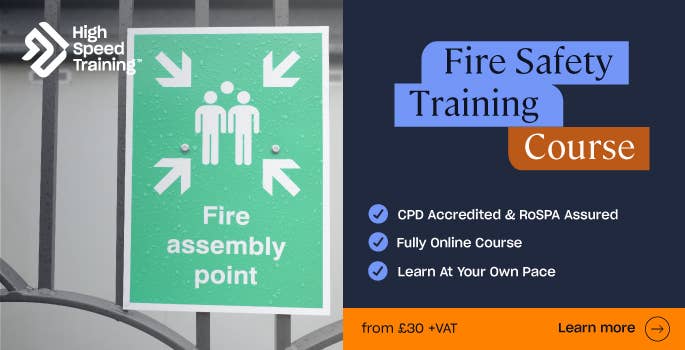 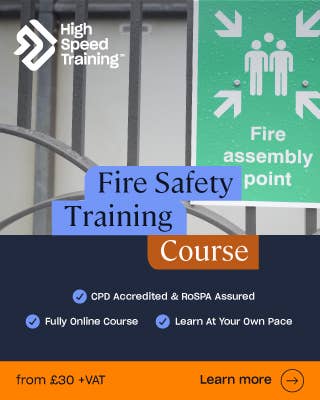