Why is Gambling Addictive? Understanding the Science

Many people enjoy playing a game of chance every now and then. The risk versus reward element gives players a small rush of excitement, even if they don’t win, and more often than not it’s enjoyed as a social activity – whether it’s betting on a sport like racing or playing poker with a few friends.

But as is the case with many substances and experiences that make us feel good – like eating, shopping, or drinking alcohol – going overboard can transform what should be an occasional source of enjoyment into a mental dependence.

The brain becomes conditioned into wanting more and more to trigger its reward system, to the point where its mental wiring becomes significantly altered, and getting it back to normal requires undoing weeks, months, or potentially even years of negative impact.

When a person reaches this stage, gambling has become more than just a problem of burning through their wallet too quickly: it has become an addiction. And it’s only recently that we’ve begun to identify excessive gambling as such.

In 2013, the substance-related and addictive disorders section of the Diagnostic and Statistical Manual of Mental Disorders (DSM-5) was updated. Pathological gambling used to be regarded as a compulsion, motivated by the need to relieve anxiety.

But now it’s recognised as an addiction akin to substance addiction.

The answer to this isn’t as simple as ‘people love making money and love winning it even more, so they go overboard’.

Gambling excessively can lead to dramatic alterations in the way the brain sends chemical messages, and gamblers often have genetic or psychological dispositions that make them prone to gambling too much. These factors can initiate a person’s downward spiral into addiction.

Our Safeguarding Adults Courses provides you with suitable training to help you understand potential areas for concern and procedures to follow when working with vulnerable adults.

What happens to the brain?

Understanding gambling addiction requires understanding a little bit about how the brain naturally works when we engage in enjoyable activities.

Our brain has a series of circuits known as the reward system. They are connected to various regions throughout the brain, notably the pleasure and motivation centres.

Rewarding experiences – such as receiving a compliment, having sex, accomplishing a task, or winning a game – cause our brain to send signals via neurotransmitters: chemical messengers that either stimulate or depress neurons in the brain.

The main neurotransmitter in the reward system is known as dopamine. When enough dopamine is released due to stimulating, enjoyable activities, we experience euphoria and pleasure, and feel motivated (particularly to do that same activity again).

When drugs are taken, they create a high by increasing the dopamine that’s released in the reward system up to 10 times more than the amount natural rewarding experiences would generate. This also happens when gambling.

Research and studies into gambling’s effect on the brain indicates that it activates the brain’s reward system similarly to how drugs do: by releasing a higher amount of dopamine.

This is why people are initially attracted to gambling: it’s a highly rewarding experience.

But the thing is: most people easily walk away after playing a few rounds of poker or putting a dozen or so coins in a slot machine, having enjoyed the fun while it lasted. Others can’t: namely, those who eventually become gambling addicts. Why? When an individual continues gambling, several other factors might be in play, and things get complicated. First of all:

Some people are more inherently prone.

Research shows that problem gamblers and drug addicts often have genetic predispositions for reward-seeking behaviours and impulsivity. The two main ones are:

Having an underactive brain reward system means that the individual doesn’t experience the same level of euphoria and pleasure from naturally-rewarding experiences as the average person does. They are therefore drawn to activities that stimulate reward pathways more than usual; ones that are enough to make them feel a satisfactory amount of euphoria and pleasure – for example, the high that taking drugs or gambling creates.

The prefrontal cortex is an area of our brain involved in decision-making, controlling impulses, and cognitive control, and studies have revealed that problem gamblers and drug addicts had less activation of the prefrontal cortex than the average person.

Thus, controlling their impulse to throw the dice or pull the lever of a slot machine just one more time is significantly harder for them. Impulsivity is in their nature and they have difficulty making decisions that assess the long-term impact of their short-term actions.

These predispositions make it highly likely that the individual keeps gambling once they’ve started and experienced their first win or a series of wins. They’ve activated their reward system and got a kick of dopamine that they’re not used to getting, so they keep going on impulse to experience the euphoria again.

This is when the brain starts physically changing in terms of how its reward system responds to stimulation.

The individual builds up a tolerance.

Have you ever played a game on your phone that was really entertaining at first, but after several play sessions stopped being fun? Although this isn’t exactly the same as how a tolerance in gambling or drug addiction works, the principle is similar and gives you an idea of how the brain changes.

To put it simply: the brain ‘gets used’ to it and is not stimulated by the activity nearly as much as it was initially.

To put it scientifically: when the brain is being overstimulated by excessive drug use or gambling, the brain boosts its defensive reaction which makes the reward system less efficient. The number of dopamine receptors is reduced; less dopamine goes through the brain and therefore the level of pleasure the individual experiences is reduced.

After isolated instances, such as taking a drug once or twice, the brain eventually returns back to normal without difficulty. However, repeated, excessive stimulation leads to the brain developing a stronger, longer-lasting resistance to the stimulant.

When a person gambles excessively, they are often trying to get that same dopamine kick they got in the early days of gambling. But no matter how much they keep gambling, it won’t return, because they’ve built up a tolerance.

At this stage, the individual becomes addicted to gambling because of the way the brain’s function has been altered long-term.

Addiction occurs because gambling is the new norm.

Dopamine receptors continue to reduce and eventually the dopamine circuit becomes blunted. This dopamine deficit means that when the stimulant is absent, withdrawal and depression occurs: unpleasant side effects of the brain attempting to reconfigure itself and get back to normal.

Thus, the individual gets stuck in a limbo: they have to keep gambling to stay out of withdrawal and depression, but because of tolerance they don’t experience any dopamine-generated euphoria anymore. Excessive gambling is now necessary to stay in their ‘new normal’.

This is all assuming that the individual keeps gambling long enough for dopamine receptors to reach such a stage. Surely a person will recognise after a while that they aren’t going to win and it’s best to quit before they spend all their money, right? Well, people prone to gambling addiction don’t quite see this logic.

Firstly: as an addiction develops, the neural pathways to the prefrontal cortex weaken, which as we learned earlier controls decision-making, controlling impulses, and cognitive control. The weakened pathways make impulses and cravings even harder to fight, thus they get continuously pulled downward. Secondly:

There are five psychological factors that could affect an at-risk gambler and compel them to keep playing to the point where it becomes an addiction:

Partial reinforcement refers to when the actions a person takes aren’t rewarded 100% of the time, nor do they cause a negative outcome 100% of the time. This is why gambling makes people keep playing: the player realises they have a chance of anywhere between 0% and 100% to win. In their mind, a loss or a string of losses are just part of the process and they need to keep going to eventually win. They expect to be reinforced some of the time, and this expectation motivates them to keep playing.

This refers to when people overestimate the probability that something will happen because their mind can produce immediate examples of when it did happen. In the case of gambling, this might be when the individual saw stories on the news of people winning the lottery or when they saw people nearby in the casino win big. It might even be because they can recall a time when they had a lucky string of wins themselves. Thus, they think their chances of winning are larger than they actually are.

Gamblers commonly think that the chances of winning increase with each loss, but this is completely untrue.

The chance of winning neither ‘increases’ nor ‘decreases’ when gambling. Chance does not work by shuffling through a pre-determined number of losses or wins. Each turn is a new, isolated event and has the exact same chance of winning or losing as the previous one.

Think of it like flipping a coin. If it comes up with tails 7 times in a row, that doesn’t suddenly make the chance of getting heads higher than 50%. Each new flip is always 50%. Our brains just try to rationalise the unlikeliness of getting 7 tails in a row by saying it’ll ‘balance’ out with a heads next.

Chance has no methodology, but gamblers often think it does. They believe that their next hand of cards is ‘due’ to be good because all their previous ones have been so lousy or that the machine they’re playing on is ‘due’ to pay out, and this flawed mentality urges them to keep playing.

Many gamblers also falsely believe that they have some influence over chance. This might be reinforced depending on the type of game they’re playing – one where there is some level of control due to choices (such as what number/colour to bet on and what cards to discard/pick) but where chance is primarily the driving force in whether someone wins or loses.

Humans want to feel in control – it’s within our nature – so the frustration of how unpredictable gambling is can lead to a person convincing themselves that they can gain some control over it. For example: throwing dice in a particular way, sitting in a certain spot, or wearing a ‘lucky’ item of clothing.

People are more sensitive to losses than gains of equal value. For example, losing a £10 note generates a more prominent emotional reaction than finding £10. This is why many gamblers endlessly invest time and money to try ‘win’ back previous losses or alleviate the feeling of disappointment or frustration by gaining a win. At this point, winning becomes less about excitement and more about ‘making up’ for losses, so they get stuck in a vicious cycle.

These psychological factors, combined with genetic predispositions, mean a person can very easily fall down a slippery slope into addiction when gambling.

It also makes it incredibly difficult for a person to know when they have a problem. Having a gambling addiction is often accompanied with denial and an unrealistic views of things.

Fortunately, there’s tonnes of information online about identifying a problem gambler and there is help for them. If you ever suspect someone might have a gambling addiction, do seek advice and support. Any addiction can be overcome. 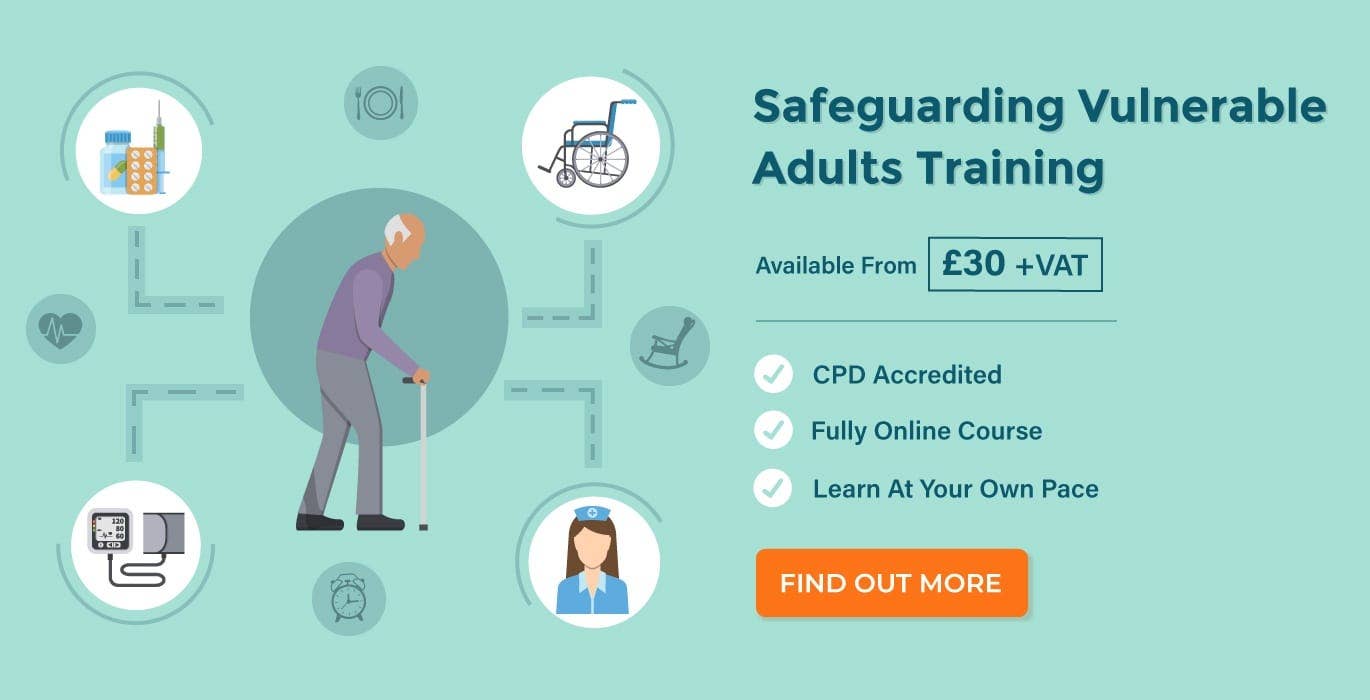 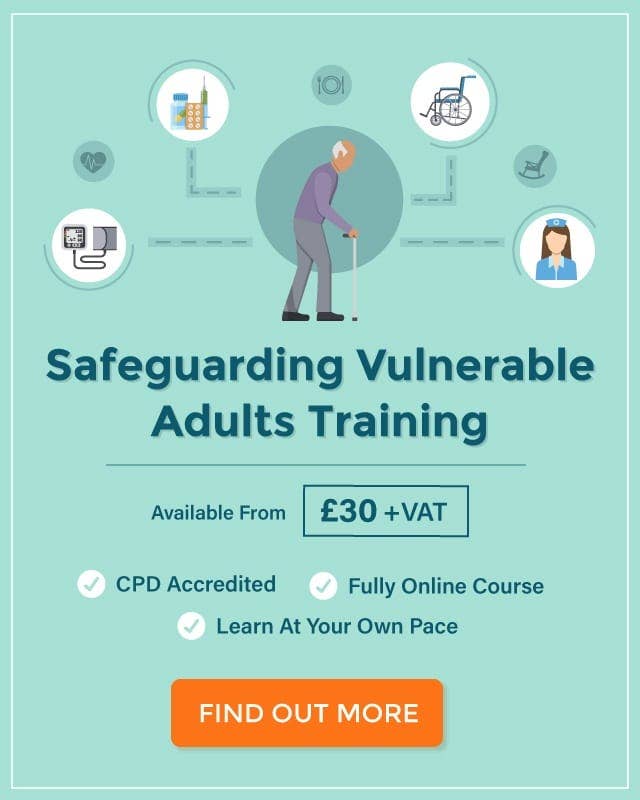 A Guide to the Different Types of Substance Abuse