A Guide to the Different Types of Substance Abuse

In the UK, 9 million people drink more than the recommended daily limit, according to statistics by Alcohol Change UK.

The harms of this misuse are estimated to cost England £21 billion per year.

Alcohol is 61% more affordable than it was in the 1980s; this affordability and ease of purchase make alcohol easy to misuse, even unknowingly, making it a hidden harm amongst the British public.

On the UK drugs scene, around a third of adults claim to have taken illicit substances in their lifetime and drug misuse is a particular problem with 16-24-year-olds. In recent years, the use of cocaine, ecstasy, LSD and ketamine has increased amongst young people.

This is bad news for the nation’s mental and physical health and the NHS.

What is Substance Abuse?

Substances are illegal drugs, alcohol, solvents, “legal highs,” and prescription medicines. When used or overused they cause people to change the way they feel, think or act.

Misuse impacts everything from health and parenting ability to the perception of reality, priorities, finances, and the ability to cope with day-to-day life and work.

Our Drug and Alcohol Awareness Training raises awareness of the size and scale of substance misuse in the UK, the most commonly abused drugs, and how to spot signs of a problem. It also provides learners with strategies and guidance to support employees and service users who have problems with substance misuse.

What substances are abused?

Substance misuse has a much further reach than just the person who misuses.

For users with family and children, it can have wide-ranging implications even causing detrimental developmental issues for children.

Substance misuse can cause the child to:

Common prescription drugs that are abused are pain medications such as codeine, methadone, and morphine, CNS (central nervous system) depressants such as Valium, and stimulants such as Adderall or Ritalin.

Dependency in prescription drug misuse is characterised by:

Prescription medicines can cause a myriad of problems when they are abused. The effects can even be fatal depending on the circumstances of the person misusing them.

Illegal drugs such as heroin and cannabis have been made illicit because of the detrimental effects that these substances have. Illegal drug use is substance abuse. A large proportion of young people will experiment with illegal substances and for some those experiments can be fatal. The use of any drug, even if it’s casual, can lead to dependency and can have a negative effect on your physical and mental health as well as your wellbeing, relationships, and career.

People who are abusing drugs and have become dependent could:

Alcohol abuse can be hard to detect since it’s legal and socially acceptable. But it can happen to anyone, regardless of age, gender, social class or level of education.And any vision of what an alcoholic may look like could actually blind you to a friend who needs help.

Sadly, there are various trends of alcohol abuse seen in UK culture at the moment such as the binge drinking culture seen in universities or the phenomenon of the middle-class drinker who consumes enough on a regular basis to cause harmful effects over a long period of time. These trends make abusive patterns socially acceptable and even encouraged.

Other signs of alcohol abuse are:

Commonly abused solvents are often fluids found in household items such as fuel canisters, aerosol cans such as hairspray and air freshener, glue, paints, thinners, and correcting fluids. The vapours of these are sniffed or inhaled to create a dizzying and inebriated effect.The effects of solvents can last from 15 minutes up until roughly 45 minutes. Inhaling solvents will cause:

Solvent abuse comes with many risks, and it can be fatal from the first use. According to The Mix “in 60% of deaths from VSA (Volatile Substance Abuse), there is no known history of solvent abuse. This suggests that for many, the first time they try solvents is fatal.”

On May 26th, 2016, the UK Government introduced a new bill called the Psychoactive Substances Act 2016. This bill makes it illegal to produce, supply or import any psychoactive substance if it’s probable that the substance will be misused.In recent years the use of legal highs or novel psychoactive substances (NPS) has skyrocketed amongst young people, and they’ve “changed the face of the drug scene remarkably and with rapidity” posing new problems according to the Advisory Council on the Misuse of Drugs.

In 2015 alone, 602 new legal highs were reported. These drugs mimic the effects of illicit drugs and used to be readily available in “head shops” and online stores.

Whilst the use of NPS use has exploded, the levels of addiction tend to be low. However, these drugs are untested and are always unfamiliar, making any use of a “legal high” substance misuse and potentially fatal.

Since legal highs are synthesised to mimic the effects of their parent drugs such as cocaine, heroin, LSD and so on, they come with similar risks and effects as well as many more that are completely unknown. Taking NPS is volunteering yourself as a lab rat.

If the worst does happen, “legal highs” are also a nightmare for health professionals as they can’t identify what you‘ve taken and can’t make decisions on how to act.

It’s thought that untreated mental health problems can lead to a substance misuse problem, and vice versa. It can be hard to say which came first when both are present because of the way that they affect each other and interact.

Drug misuse can be borne out of the desire to self-medicate. Some people choose to use illicit or prescription drugs to try and cure or alleviate the symptoms of mental ill-health. However, this can often make the situation worse or can merely temporarily hide symptoms leaving the root problem untreated.

Similarly, for someone misusing illicit substances, the use of drugs – even prescription drugs – can lead to an increased likelihood of certain mental illnesses.

Substances that are known to have detrimental effects on mental health are:

In the UK, mental health and drug services work together to provide those with a dual diagnosis the support, advice and help they need to reclaim their life.

If you or someone you know has a co-occurring disorder, their GP will be able to help and find them the support services that they need.

Cultures of Abuse in the UK

A drink or drug culture is formed when certain behaviours become popularised in social, generational, cultural, and economic groups. This behaviour then mutates into and forms a cultural pattern of abuse where the abuse is normalised.

In the UK, recent cultures of alcohol abuse to hit the headlines have been the university drink culture, underage drinking, and the middle class and middle age drink culture where “more than a quarter of adults living in some of the wealthiest towns, such as Harrogate and Guildford, are drinking enough alcohol every week to damage their health.”

Middle class “habitual wine drinkers” drink enough every day for such a long period of time that they have a substantial and detrimental effect on their health. This kind of alcohol abuse can be very difficult to detect and even harder to acknowledge.

Recognised a problem in yourself or a loved one?

If you’ve recognised a problem in yourself, the first thing you should do is speak to someone you trust, whether that is a friend or someone in your family or even a health professional that’s up to you.

When you do take that step, make sure you take the full step and be honest about your problem – covering up the extent of the problem doesn’t help anyone, and it won’t spare feelings in the long run!

The next step is taking action, let your GP know and get involved with a treatment programme that can support your recovery.

Is the problem with a loved one?

If you’ve recognised the problem in someone else, make sure you handle that initial conversation in a caring way. Don’t be aggressive; this will only aggravate the situation, instead, calmly express your concerns and give them plenty of time to respond. 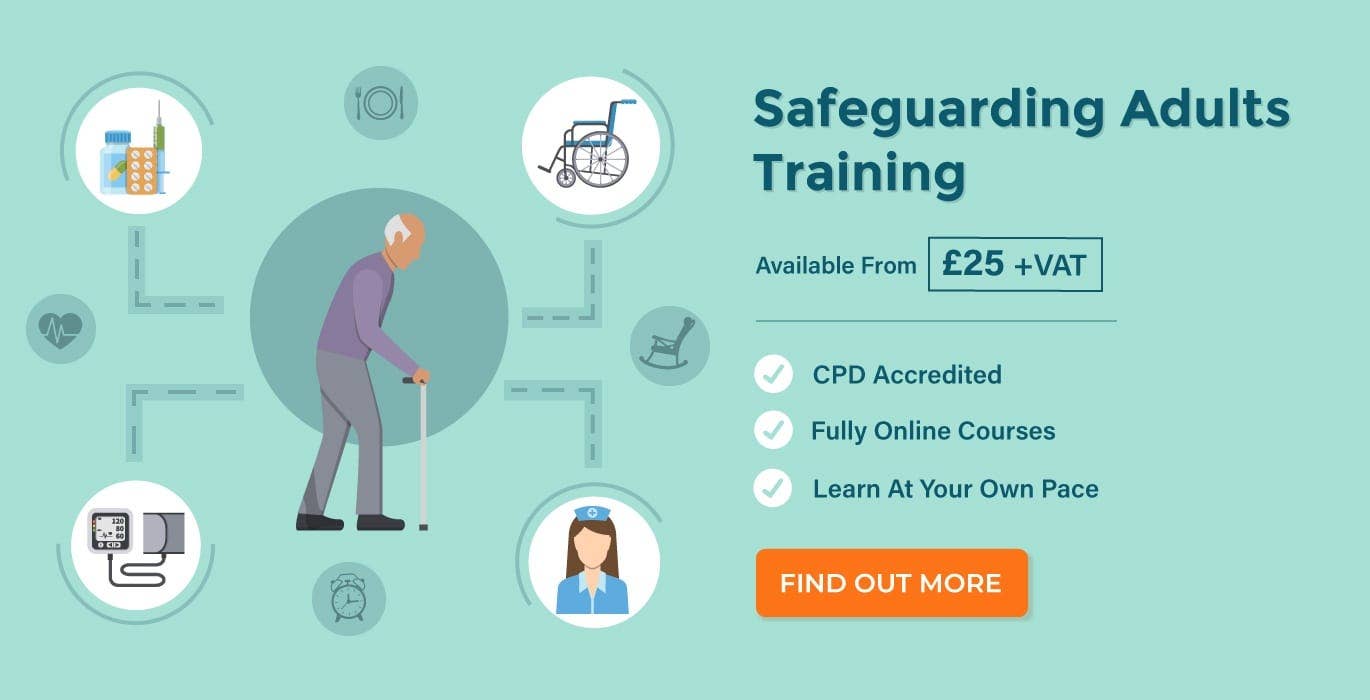 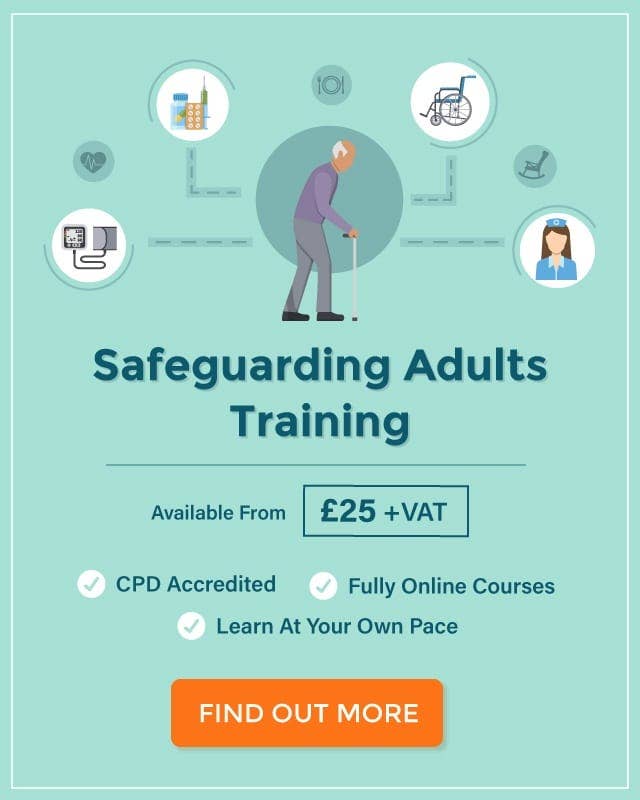 Why is Gambling Addictive? Understanding the Science