The Nine Most Common Diabetes Myths

Diabetes is a health condition commonly misunderstood. It affects approximately 4.6 million people in the UK, although only 3.7 million people have received a diagnosis. Of this number, roughly 10% of sufferers have Type 1 and 90% have Type 2. Diabetes can affect anyone, at any age, and at any point.

If you want to learn a little bit more about Diabetes, then look no further. This article dispels the most common Diabetes myths, explains facts about the chronic condition, and offers a general understanding of what it’s like to live with Diabetes.

Diabetes is a serious health condition that occurs when the body can’t use glucose (sugar) properly, which causes the amount of glucose in the blood to become too high. There are different types of diabetes, but the ones you most commonly hear are type 1 and type 2.

Our bodies need energy to function and stay alive. Energy comes from the food we eat – more specifically, carbohydrates. However, diabetes disrupts the typical process our bodies use to gain this energy.

The pancreas produces a hormone called insulin which breaks down the glucose in our food. This glucose then enters our cells and our bodies use it as fuel for energy. However, for those who suffer from Diabetes, their body does not produce insulin (in the case of type 1) or the insulin does not work properly (in the case of type 2). This leads to potentially dangerous levels of glucose in the blood.

Type 1 Diabetes is an autoimmune condition that causes the body to attack and destroy insulin-producing cells in the pancreas. As a result, the pancreas produces no insulin, meaning that the body can’t break carbohydrates down into energy. This causes blood glucose levels to quickly rise.

Because the body doesn’t produce insulin, those who suffer with Type 1 Diabetes have to administer insulin themselves, usually in the form of frequent injections or a pump. They have to regularly check their blood glucose levels – which they can do by pricking the finger for a small amount of blood and analysing it with a meter – and need to count the carbohydrates in the food they eat so they can administer the correct amount of insulin.

The cause of Type 1 Diabetes is currently unknown, and there is no cure to the condition.

These are the facts, but what are the myths that often come with them? We dispel some of the most common ones below.

Myth One: “Type 1 Diabetes is caused by eating too much sugar.”

This is the most common myth surrounding Type 1 Diabetes. Type 1 Diabetes is an autoimmune condition, which means that the immune system attacks the healthy insulin-producing cells by mistake because it perceives them to be a ‘threat’.

Type 1 Diabetes is thought to run in families as a genetic condition, but the definitive cause is still unclear. Babies are often born with Type 1 Diabetes, which shows that eating too much sugar in your lifetime doesn’t cause it.

There is currently no cure for Type 1 Diabetes. Treatment aims to keep glucose levels at a safe and normal level, but it cannot cure the condition.

Positive lifestyle choices, such as regular exercise and having a healthy diet, can help manage glucose levels alongside Diabetes treatment. However, these are not cures and cannot replace treatment; it would be dangerous to consider them as such.

Assuming that people with Type 1 Diabetes can’t eat any sugar is wrong. People with the condition should maintain a healthy balanced diet, just like everyone else, and large quantities of sugar do no good for anybody.

The only difference is that diabetics have to count their sugar intake and administer insulin accordingly. They should also avoid particularly sugary drinks, as these make their way into the bloodstream much quicker than an injection of insulin.

Type 2 Diabetes is a condition in which the body doesn’t make enough insulin or the body’s cells don’t respond properly to insulin. This results in blood glucose levels rising to unsafe levels. The pancreas responds to this by releasing more insulin to try and control it. Eventually, however, this wears the pancreas out and it begins to make less and less insulin.

Research by Diabetes UK found that a healthy lifestyle can prevent or delay up to 58% of Type 2 Diabetes cases. There is no such prevention method for Type 1, as it is thought to be caused by genetics and other currently unknown factors.

The facts behind some of the most common Type 2 Diabetes myths are explained below.

Myth One: “Type 2 Diabetes isn’t as serious as Type 1 Diabetes.”

Both types of Diabetes are serious and can have devastating long-term consequences. However, the two do differ slightly. For example, people with Type 2 Diabetes can sometimes control their condition through diet and exercise or through medication. In spite of this, both types of Diabetes are serious and have significant risks for the diabetic individual, which means it’s essential that both of them are effectively managed.

Myth Three: “People with Diabetes should only eat specialist diabetic food, and they can’t eat ‘carb heavy’ foods like bread, potatoes, and pasta.”

People with both Type 1 Diabetes and Type 2 Diabetes should maintain a healthy diet – as we all should. Specialist diabetic foods, such as diabetic chocolate, generally offer no benefit and still contain sugar, which can contribute to raising blood glucose levels.

Furthermore, people with Diabetes can eat ‘carbohydrate heavy’ foods, as long as they control their portion size and enjoy them as part of a healthy, balanced diet. Having an excessive amount of carbohydrates is bad for both diabetics and non-diabetics.

Myth Four: “Fruit is a healthy food, and people with Diabetes can eat as much of it as they wish.”

It is correct that fruit is healthy – it contains fibre, vitamins, minerals, and is low in fat. However, fruit also contains sugar – it’s what makes it taste so sweet – so eating it in large quantities raises blood glucose levels. As with carbs, everyone should consider fruit as part of a healthy, balanced diet.

The American Diabetes Association report that Diabetes causes more deaths every year than breast cancer and AIDS combined, and having Diabetes nearly doubles your chances of a heart attack. Furthermore, the disease has many accompanying health complications, such as potential amputations, thyroid problems, and blindness. People with Diabetes can reduce these risks with good control, but the condition still remains serious.

This article has dispelled some of the most common Type 1 and Type 2 Diabetes myths and has offered a general explanation of the condition. Diabetes can affect anyone, regardless of age, weight, and lifestyle choices, and it is important we are all aware of this. 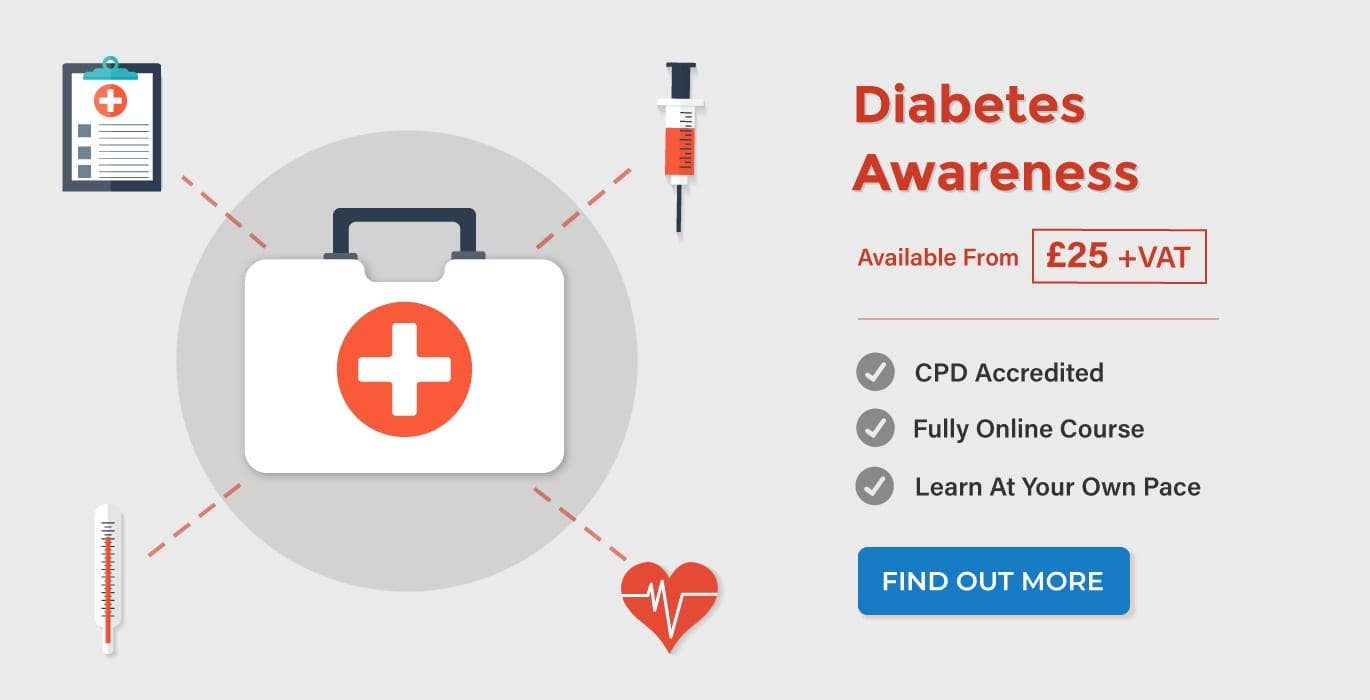 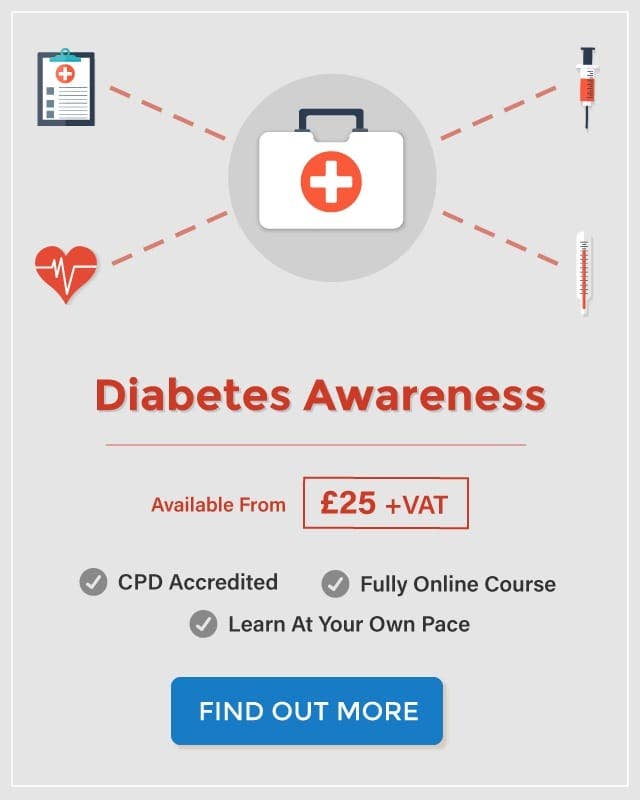 Ellie Collier
Ellie started writing for the Hub in 2017 and specialises in HR, employee engagement, and employee productivity. She’s also interested in mental health and wellbeing, and frequently writes content on this subject.