How to Manage Anger in the Workplace

Everyone feels angry from time to time: it’s a natural emotion. We often feel it in response to difficult situations, such as those that make us feel undervalued or like we have no control. Differences in opinion are also a major cause: voices and tensions usually rise when people fight for their opinion.

However, we must know how to properly control anger in ourselves – and others – if we want to work with colleagues effectively. When people express their feelings of frustration or anger in unhealthy, destructive ways, everyone in the workplace suffers. People feel like they’re treading on eggshells, and may become too afraid to say anything that might cause a conflict. This lowers morale, communication, and productivity, and makes people feel unsafe at work.

No workplace should be controlled by aggressive employees. If you’re a HR representative or employer, it’s your responsibility to protect your staff from threatening behaviour and keep the workplace running in a constructive, professional way.

Dealing with Anger in the Workplace

Managing anger requires not only a reactive approach to bad behaviour, but also a proactive one. In other words, to prevent anger from occurring in the first place, your workplace should set a standard regarding people’s behaviour and how the business will handle it.

If you manage anger issues properly and nip them in the bud, you’ll maintain a work environment that people know doesn’t tolerate bad behaviour. Furthermore, you’ll help people understand how to react if they do encounter aggressive employees.

Here are 10 tips for dealing with anger in the workplace.

You should encourage positive behaviour and rational problem solving to set a standard for how people should behave at work. To do so, you often need to look at your recruitment process. Focus on hiring people who have a positive attitude to work and interact with others amicably. However, plenty of people who have trouble controlling anger are well-mannered the rest of the time, so this won’t guarantee you eliminate anger problems.

Behaviour filters down from people in senior positions and influences others in the group: this is simply human nature. If senior staff let their temper control them, then everyone else in the team will do the same. Composed, respectful leaders show everyone by example what professional behaviour looks like, which motivates people to improve themselves.

It also discourages bad behaviour as a whole. People will realise that senior staff don’t share their aggressive approach and will therefore not let them get away with acting up in the workplace. While this may not solve the root of their behavioural issues, it’s at least a first step to minimising issues.

3. Have disciplinary procedures in place.

Plenty of workplaces will have staff who are set in their ways and aren’t influenced by good example. That’s why it’s so crucial to have disciplinary procedures in place. You’ll use these to discuss with the person what happened, to document the incident, and to take any necessary action. You need people to know they’ll face consequences if they can’t control their conduct, so they avoid getting angry in the first place. Repercussions also help people re-evaluate themselves and avoid repeating their behaviour in future.

Staff at all levels need to know how to respond in confrontational situations. This includes dos and don’ts. For example, they should know not to react negatively, particularly physically, to aggressive employees. They should know to instead respond calmly and to report the behaviour to senior staff. Those in senior positions need to understand how to deescalate situations and take swift disciplinary action, so aggressive employees know the business has a zero-tolerance approach.

Our Conflict Management Training Course is designed to train senior members of staff and employees in how to prevent and handle conflicts that occur in their workplace.

Despite your purest intentions, it’s unlikely that you’ll change the person’s behaviour with one or two well-spoken words. Their susceptibility to anger is likely deep-seated and beyond your ability to correct in the short-term. Instead, try and find ways to prevent their behaviour from affecting the work environment, and direct them to professional help when the time is right.

Whenever any incidents of bad behaviour occur, make a note of it. A track record enables you to apply disciplinary actions much more professionally. During your discussion with the person, you can flag up specifics to explain what led to the disciplinary action, as well as address changes or steps you’ll apply to prevent these specific incidents from happening again.

7. Remember that it’s not personal.

People’s anger issues usually stem from deep-seated personality traits, which they developed through numerous past experiences. Anger is their way – albeit an unhealthy one – of dealing with situations that present a challenge to them. Therefore, although it may feel personal while they’re throwing insults your way, they would likely respond just the same if someone else were in your shoes.

If a person is acting physically aggressive, everyone’s safety comes first. People should know to keep their distance and make sure they can get to an exit without the aggressive person blocking their path. Furthermore, people should avoid adopting any nonverbal behaviours that may be misinterpreted as a threat. For example, pointing fingers or clenching fists.

When a discussion becomes heated, your priority should temporarily shift away from settling the cause of the disagreement. At this point, there’s rarely a chance for constructive discussion. You should instead focus on diffusing their angry behaviour. Effective ways of doing so include keeping your voice level and calm, asking questions such as “Why are you shouting at me?” and telling them that you can’t continue this discussion until they calm down. You can revisit the issue later.

10. Be empathetic and understanding.

When the person eventually calms down, you should resume the discussion and aim to find the root of the problem together. To do this effectively, ask simple and direct questions, be patient and listen, and take responsibility for any mistakes you made.

Many people will respond well to an empathetic, understanding approach, and admit to their mistakes too. You can then move past the moment of anger and onto the original problem with a calmer, more reflective mentality. 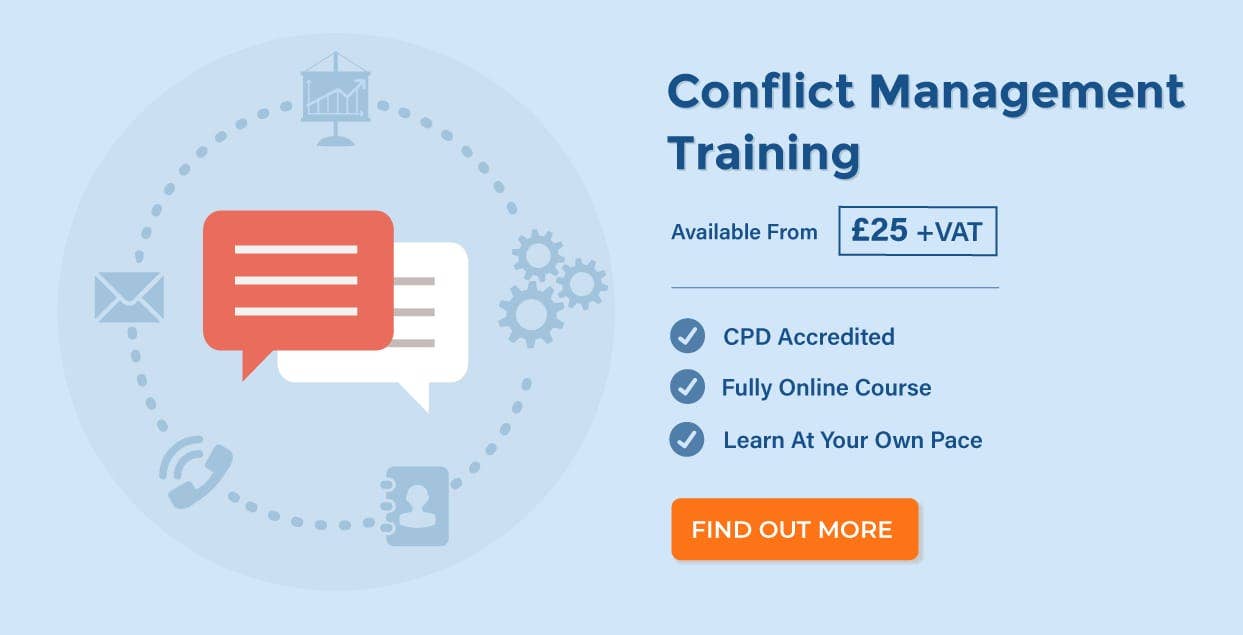 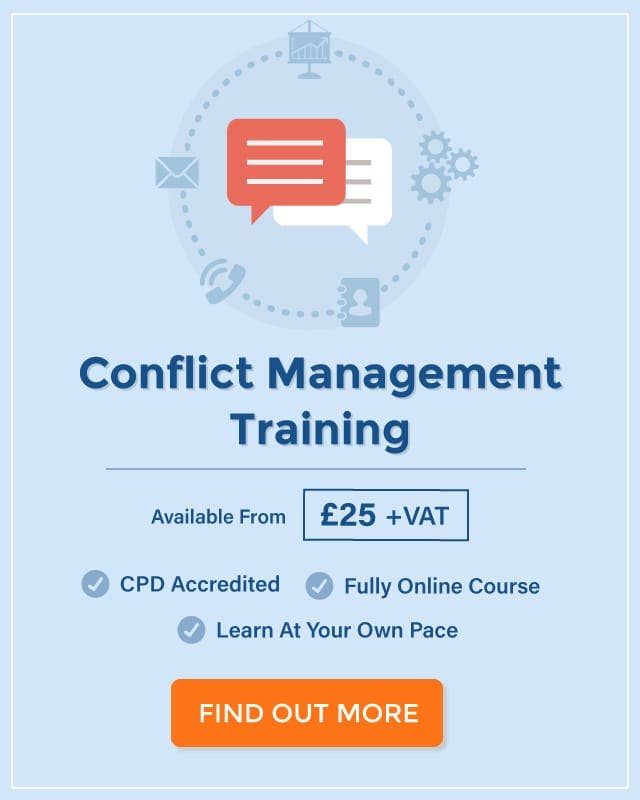 What To Look For When Interviewing A New Employee

Causes of Employee Turnover and Strategies to Reduce it

What are the Benefits of Team Building for your Business?