How to Mark International Women’s Day in the Workplace

On the 8th March every year, the world celebrates all of the wonderful women that live within it. This is International Women’s Day: a globally recognised day with gender equality at its core. It has been celebrated for over 100 years.

The theme for International Women’s Day 2022 is #BreakTheBias, which essentially asks us to imagine “a world free of bias, stereotypes, and discrimination”. This means creating a gender balanced world in which men and women have equal opportunities and are treated fairly. The day is all about unity, celebration, reflection, advocacy, and action.

Companies can participate in the conversation around gender parity and empower their male and female employees to promote equality at all times. For this reason, it could be beneficial to mark the day within your workplace.

“Gender equality is a human fight, not a female fight.” – Frieda Pinto

You can download and display our International Women’s Day poster, here.

What is the History Behind International Women’s Day?

The beginning of the 20th century was a time of unrest and political debate amongst women. They were becoming more vocal about their oppression and were beginning to campaign for change.

In 1908, 15,000 women marched through New York City, demanding better pay and voting rights. A National Women’s Day was celebrated across the USA the following year. In 1910, an International Socialist Women’s Conference, held in Copenhagen, voted to establish an annual International Women’s Day. In 1911, this was honoured for the first time in Austria, Denmark, Germany, and Switzerland. The United Nations began celebrating International Women’s Day on the 8th March in 1975. The day is now observed across most of the world and, in 27 countries, it is an official holiday.

Many organisations have chosen to recognise International Women’s Day. Google have been known to change their logo to reflect the day, while toy-manufacturing company Mattel revealed 17 new ‘role model’ Barbies in 2018 to reflect real-life inspirational female figures, like sportswomen.

Such public recognition can be valuable for drawing attention to global issues and encouraging action as part of a wider project. Smaller businesses also have the power to promote change by recognising International Women’s Day within their workplace.

“In the future, there will be no female leaders. There will just be leaders.” – Sheryl Sandberg

Why Do We Still Celebrate International Women’s Day?

Gender equality has improved massively over the past 100 years.  In 1919, a woman couldn’t apply for a loan in her own name, couldn’t work in a legal profession or civil service, couldn’t claim equal pay for doing the same work as men, and couldn’t prosecute a spouse for rape. In the UK, these things are now unimaginable. This is because we’ve come a long way in the journey towards gender equality and we now have laws in place to prevent discrimination.

Despite this, we still have a way to go before we can claim complete gender equality and parity. In the UK, men still earn, on average, 9% more than women. Only 23% of the world’s politicians are women and only 16% of people on FTSE 350 executives are women. Additionally, women make up 64% of the world’s illiterate population.

It’s expected to take another 100 years for the gender gap to be balanced out. This is why we still celebrate International Women’s Day and why it’s important to keep fighting for gender equality and balance.

Is There an International Men’s Day?

International Men’s Day began in 1992 and is celebrated on the 19th November every year. The aim of this day is to shine a spotlight on men who make a positive difference in the world and raise awareness of issues that men face globally. With suicide still being the biggest killer of men under 45 years old, then days like International Men’s Day are essential for encouraging men to speak out and break the stigma surrounding mental health.

If you choose to mark International Women’s Day in your organisation, then you should also celebrate International Men’s Day for the purposes of gender equality and balance. Keep an eye out for our advice on marking this occasion closer to the time.

“There is no limit to what we, as women, can accomplish.” – Michelle Obama

How Can I Recognise International Women’s Day in my Workplace?

Celebrating International Women’s Day in your workplace is one thing your business can do to enable a conversation around gender parity.

Furthermore, acknowledging IWD encourages women to get involved in areas and industries that are largely made up of men. For example, if you are a software development business and the majority of your workforce are male, then showing that you recognise IWD may encourage females to apply. This is important when you consider that only 15% of employees working in STEM roles in the UK are female.

Your activities don’t have to be extravagant: small activities are still beneficial for raising awareness. Some ideas we have are:

Remember to have activities that are inclusive of both men and women and ensure that you show similar levels of commitment for International Men’s Day.

Our Equality & Diversity Training has been designed to help learners understand more about their responsibilities for promoting equality and diversity in the workplace. It aims to help you promote a fairer, more tolerant and more diverse working environment.

The day, of course, is just one way of recognising the gender issues that still affect millions of people across the world. To make impactful changes in your workplace, you could:

Awareness days can be a useful starting point for enabling a wider conversation about global issues. They draw attention to certain topics, encourage discussion, and, when included as part of a wider project, they can show that you’re a fair and forward-thinking business that’s committed to positive change. 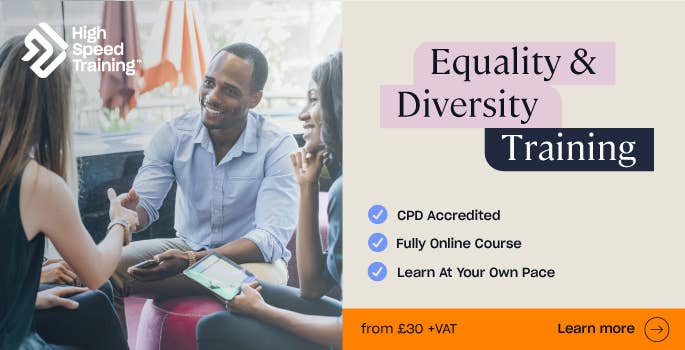 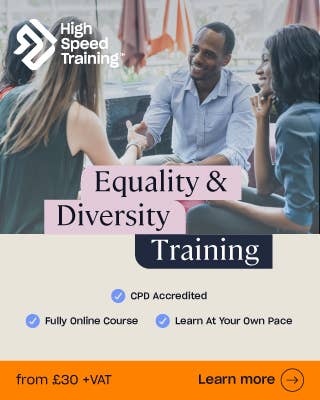