Methods of Human Trafficking and Recruitment

For a deeper understanding of the underlying issues behind Human Trafficking, take our Human Trafficking & Modern Slavery Training Course. It shows the steps you can take in your business to ensure you proactively work against it.

What is Human Trafficking?

Human trafficking is a highly organised crime. Traffickers take people from one area of a country to another or across borders, and when they arrive, they force their victims into exploitation.

It is not the same as people smuggling.

In legal terms, human trafficking is ‘the recruitment, transportation, transfer, harbouring or receipt of persons, using:

Why Does Human Trafficking Happen?

Who are Human Trafficking Victims?

Refugee camps are also targeted by traffickers as they are an easy way to acquire victims. Refugees can’t work in their host country; they live in crowded, dirty conditions with a lack of warmth, stability, and food. So, when traffickers promise them jobs elsewhere and safe passage, their vulnerability is all too easy to exploit.

What are Human Trafficking Recruitment Tactics?

As long as trafficking remains profitable, difficult to detect, and hard to punish, traffickers will create new ways to exploit their victims.

Common methods used to traffick humans include forms of deception like:

Loverboys form romantic relationships with their victims. But this relationship quickly turns into an emotionally and psychologically abusive one. Loverboys use blackmail and violence to intimidate their victims into compliance.

Other tactics include painting a picture of a wonderful life together abroad or elsewhere in a country. They aim to isolate the victim from their family or community and in some cases force them to end up in a country where they can’t speak the common language.

Using romance makes it easier for loverboys to move their victims across borders because when victims are deceived, they go willingly and often pay associated transport fees.

When they arrive, they fall into the hands of traffickers. And it is only a matter of time before they discover the true nature of their loverboy.

Traffickers use enticing offers such as employment or travel to lure vulnerable people into the hands of those who will exploit them. These offers are always false, but they have convincing fronts.

Traffickers tend to post opportunities in legitimate newspapers using a registered business as a front. Countries who are experiencing an economic downturn, civil strife and instability are often targeted because citizens there are looking for ways to leave or make a life elsewhere.

These jobs are often for nanny or au pair positions or in the hospitality and tourism industry. These people will pay for their own flights and arrive in the country legally with all their documents. On arrival, these are seized and a process of ‘breaking in’ happens.

‘Breaking in’ involves a series of emotional, physical, and psychological abuses such as rape, torture, threats, degradation, and the forced consumption of drugs and alcohol. This happens mercilessly during the acquirement period to break the spirit of trafficked victims. Survivors have also said that shortly after arrival they witnessed the murder of other victims. This causes victims to go into a self-preserving state of compliance.

In some areas of the world, unimaginable levels of poverty, debt, desperation and displacement cause families to sell their children to traffickers. And it’s the pressure to alleviate these hardships and bring some money to the family that causes some families to sell a child into modern slavery.

In rare cases, parents sell a child out of greed and receive a monthly income. These families often build relationships with traffickers and will misrepresent the nature of the work to entice other families to sell their children.

Siddharth Kara is the author of Sex Trafficking: Inside The Business of Modern Slavery. He spent years researching the trafficking industry and interviewing its victims and is a world expert on human trafficking. His work offers incredible insight into the industry and he provides a profound analysis of how and why trafficking is such big business for organised criminals.

Writing about his experiences, he says that this “mode of acquisition was the most difficult … to accept”. He says “as I learned more about the complex psychology of sexual enslavement, I began to understand. Sex slaves employ numerous adaptive mechanisms to survive their ordeals, including drug and alcohol abuse and the morose acceptance that the life of a slave is the best life they deserve”.

Trafficking victims tend to distrust public officials and they begin to see slavery as their only option (especially in the sex trafficking industry). Their madams or traffickers will increasingly offer more freedom, while the threat of abuse lingers over them causing an abusive relationship to develop between abuser and victim (think Stockholm Syndrome).

Kara met many former slaves (now prostitutes). They “dressed in the finest clothes” and received “commissions for each new slave they recruited”.

The Abuse of Religious Beliefs

Sadly, Nigeria has gained a reputation as a hub for sourcing slaves, moving people, and a destination for trafficked people. In fact, in Nigeria, human trafficking is the third most common crime after financial fraud and drug trafficking.

In the Benin region of Nigeria, traffickers recruit the Edo People using a unique method. Traffickers abuse an element of their belief system to place psychological bonds on their victims during juju ceremonies.

In these ceremonies, victims go to a shrine where they will take an oath before a priest. The priest uses their body hair and fingernails to make a vessel or figurine which exerts control over the victim. And this ceremony places them under an obligation to repay their debt once they arrive in their destination country.

During the oath, victims promise that they won’t run away, to obey their trafficker, to keep silent and never speak to officials, and to pay back all the money they owe their trafficker. Indeed, the girls believe that to break the oath would cause grave, if not fatal consequences for the victims family.

Nigerian victims are often taken to be sexually exploited in Italy and other locations. They are also forced into exploitative labour, begging, money laundering operations, and even organ transplantation.

Abduction is much rarer than films like Taken might lead the public to believe. This is because abduction makes it harder to transport someone. Abducted victims are more likely to attempt an escape during the transportation phase of trafficking.

However, it does happen. In India, abducted children work 16 hour days in tea fields picking tea.

The term ‘baby factory’ refers to the forced impregnation, sale or illegal adoption of an infant in a location where a woman or girl is held against her will.

These farms or factories are “any accommodation where mostly underage pregnant girls are kept with or without their consent, or young girls are encouraged or forced to become pregnant, for the purpose of giving birth to babies that are sold to diverse clients”.

Other terms you might come across in reference to this are ‘baby harvesting’ and ‘baby farming’. This latest phenomenon is fast becoming one of the most profitable organised crime activities in Nigeria.

Baby farming operations usually happen in registered organisations. These look like hospitals, maternity homes, orphanages, and rehabilitation centres. But that is often a disguise. The people working in them are unregistered. And these facilities are often mentioned in cases of abduction and child trafficking. 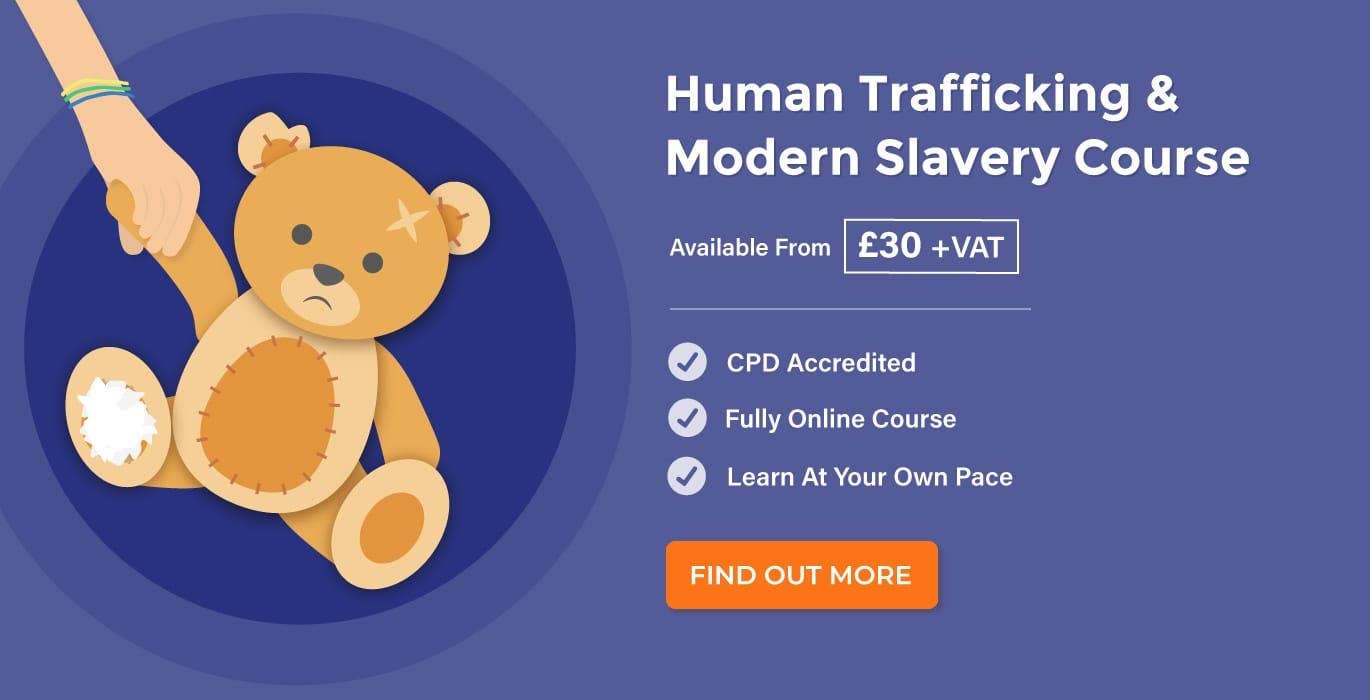 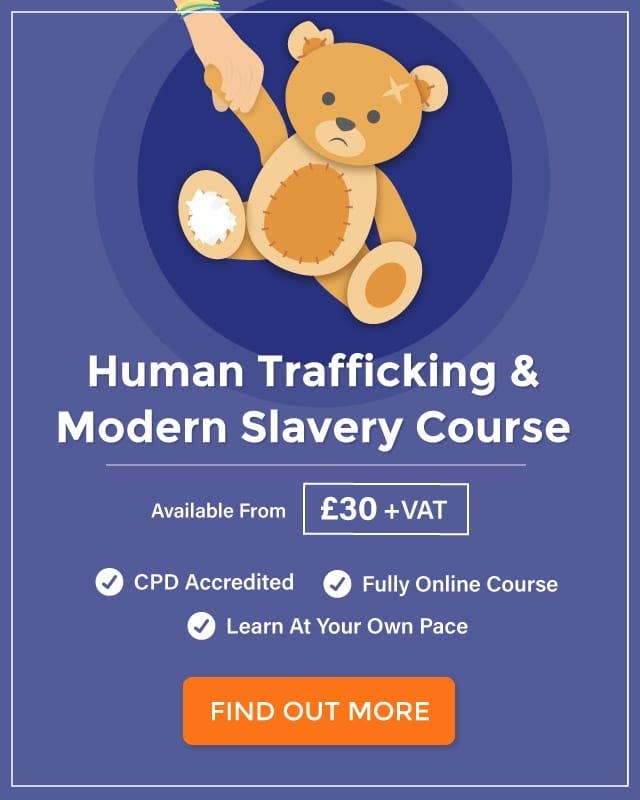