Analysing Organic: Is it Safer?

Finding a definitive answer to that question is a land mine of conflicting information, inconclusive studies and strong biases. The internet is full of information on organic farming and it’s not all gold. As the organic debate plods on, what can we establish?

The answer, sadly, is not a great deal.

If organic’s getting you flummoxed, the only sure thing is that it depends entirely on your ethical values and not so much on nutritional or health benefits.

Currently, choosing to eat organic is an act of faith; most studies have not provided sufficient evidence either way. But, if you are serious about ethics, and I’m assuming that’s why you’re here reading this, then there are some huge, ethical issues surrounding the organic debate.

In short; no one can say for sure.

In 2012, a team at Stanford University conducted an analysis of 237 research papers on organic food, its benefits, and its safety. This report emphasised the bad science in many of these studies. Which means that conclusions just can’t be drawn because the scientific research isn’t rigorous.

So, to date, no studies have shown a substantial health benefit to choosing organic over conventionally farmed food. In other words, organic food is not going to turn you into a superhero (and regretfully, no food can do that, yet – but more on that later).

In the future, as the organic market rises in popularity (as it’s set to do), it will become possible to conduct thorough research. This will make it easier to draw out hard facts and popularise these findings which will help the public make informed choices.

With the shortcomings noted, some studies did have good news for lovers of organic. The Stanford report indicated that some studies found a significantly higher level of omega-3 present in organic milk. And higher levels of phosphorus are present in a range of organic food. Although, unfortunately for organic, this isn’t a bonus as the vast majority of people don’t have a phosphorus deficiency.

Regarding safety, it’s true that organic farming does reduce the levels of pesticides present in produce by roughly 30%. But, pesticide residue is often present anyway because of soil contamination from conventional farming fields nearby.

But again, the effect of pesticides on human health is another under-researched area. While pesticide use has been linked to cancers, scientists and food safety agencies assert that the pesticides present in all food, regardless of farming methods, are well beneath the limit for healthy consumption.

So, Is Organic Worth the Price Tag?

So, if scientific studies, at the present moment, indicate that there are no substantial health benefits, why should we buy organic?

What’s its value, and why should we pay more? Well, that all depends on your value system.

Is Organic Better for the Environment?

The answer to this question is more nuanced than a yes or a no.

Understanding how organic farming impacts the environment requires a global perspective. Currently, the agricultural sector uses 40% of the earth’s land, and while organic farming is great on a local level, we have to consider the fact that the world we live in is global, not local.

If organic farming were to expand in such a way as to take over conventional farming methods, it would have to increase the amount of land used to feed the global population.

So this is a kind of bigger picture ethics, because yes, on a local level organic farming methods are better for the environment and better for animals.

Organic increases biodiversity (a term that refers to the range of animals, plants and other organisms that exist in an area) and it is better for soil and for waterways. However, it is not sustainable, nor scalable farming method.

Agriculture poses one of the biggest threats to the environment today. Therefore, organic farming as we know it now on a large scale would mean vast amounts of deforestation, which is catastrophic for the global ecosystem.

This is why scientists are looking towards genetic engineering to secure a healthier, more environmentally friendly future.

There’s a lot of negative press about GMO’s (genetically modified organisms) and perhaps quite rightly. The debate is political, though, not practical, and the dispute orientates around the control of money, knowledge and ethics.

To understand the complexity of these issues, you need to dive into the concerns raised by research into organic.

The same researchers from York and Leeds, who found that organic farms improved local levels of biodiversity didn’t leave the study there. They raised the issue that organic farming cannot produce enough food in comparison with conventional, intensive farming methods – which might seem like a derailing of the discussion. However, this is something a lot of academics raise in their research on organic.

They bring it up because the big question that faces scientists today is how to produce enough food for the planet without harming the environment. For many, organic methods can’t produce enough food to make it ethical because it cannot provide for the world’s poorest.

GM Crops May Actually Be the Future.

Most scientists agree that GM foods are the future of our planet – and coupled with organic practices, I think they’re right.

But, because this is the future, big businesses are desperate to get on board, to patent things, and to secure their fortune for the future. The issue with this is that these companies are concerned about making a profit, not about feeding the world. The problems that this creates are phenomenal; in their fight for fortune, they are preventing access to crucial knowledge.

However, the darker side of Monsanto is that it restricts the freedom of knowledge. Monsanto prevents researchers from publishing evidence that it deems unflattering. What’s more, Monsanto, Pioneer, and Syngenta, three big agritech companies, forbid scientists to publish any research on whether GM crops have adverse side effects.

This is horrific news for the public. We deserve the freedom to know about our planet and our health – after all, this is our future.

Companies like Monsanto cannot be allowed to restrict knowledge in the interests of their own profit if public health and the environment are to be protected.

However, it is not all doom and gloom.

If Organic Embraced GM Methods, It Could Be Better For Everyone.

If organic methods could rival the yield of conventional farming (without having to increase land use), it would prevent the pollution of waterways and soil.

Scientists are already making incredible headway with GM produce. By harnessing the principals of organic farming, they are creating produce that is better for the planet, better for us, and better for animals.

For example, scientists are:

GM methods can produce drought resistance crops. They can make more nutrient efficient crops, and reduce the need for pollutants in farming processes. GM animals can also be engineered to have a higher resistance to painful and harmful diseases.

Organic agriculture already uses these principals. They use hardier crops that are more resistant and breeds of animals that are stronger and less likely to suffer from illnesses. GM would just speed this process up.

Does Organic Taste Better Than Non-Organic?

This is a bit tricky. The packaging of organic food and its perceived naturalness can create a placebo health effect, so when we eat it, we think it tastes better. But, then again, the perception of food is an integral part of the experience of eating it.

Blind taste tests have revealed that consumers can’t tell the difference between organic and non-organic foods. So officially, no it doesn’t taste better.

Can You Avoid Growth Hormones and Antibiotics in Organic Animal Products?

You can, to a point.

Organic farmers don’t use growth hormones. However, it is necessary to use antibiotics for animals when they are ill; antibiotics prevent animal suffering and organic farming allows this.

Organic farming methods use antibiotics only when needed. This is a vital practice since, at the moment, 45% of the UK’s antibiotics are used for animals.

The use of growth hormones is an especially troubling issue for consumers. Public concerns have repeatedly been raised on this subject because of the idea that growth hormones could cause cancers, illnesses and early puberty in girls. But, again, it is another area that lacks research.

In China, the US and a variety of other countries, the use of growth hormones and antibiotics are rife still. So, if you’re concerned about meat with hormone and antibiotic presence, buy local.

Is Organic Farming Better for Animals?

This is another claim that might be dubious. And again, it’s impossible to draw any firm conclusions due to a lack of research. To be certified as organic, farmers must adhere to animal welfare guidelines. These are a series of EU guidelines which are in place to ensure that suffering is kept to an absolute minimum. These guidelines have rules on:

There’s a lack of evidence that organic is better for animals – but that’s because it’s an underresearched area. But one study did look into it. They cautiously surmised that the health and welfare of organic livestock are in some cases the same or better than conventional livestock. 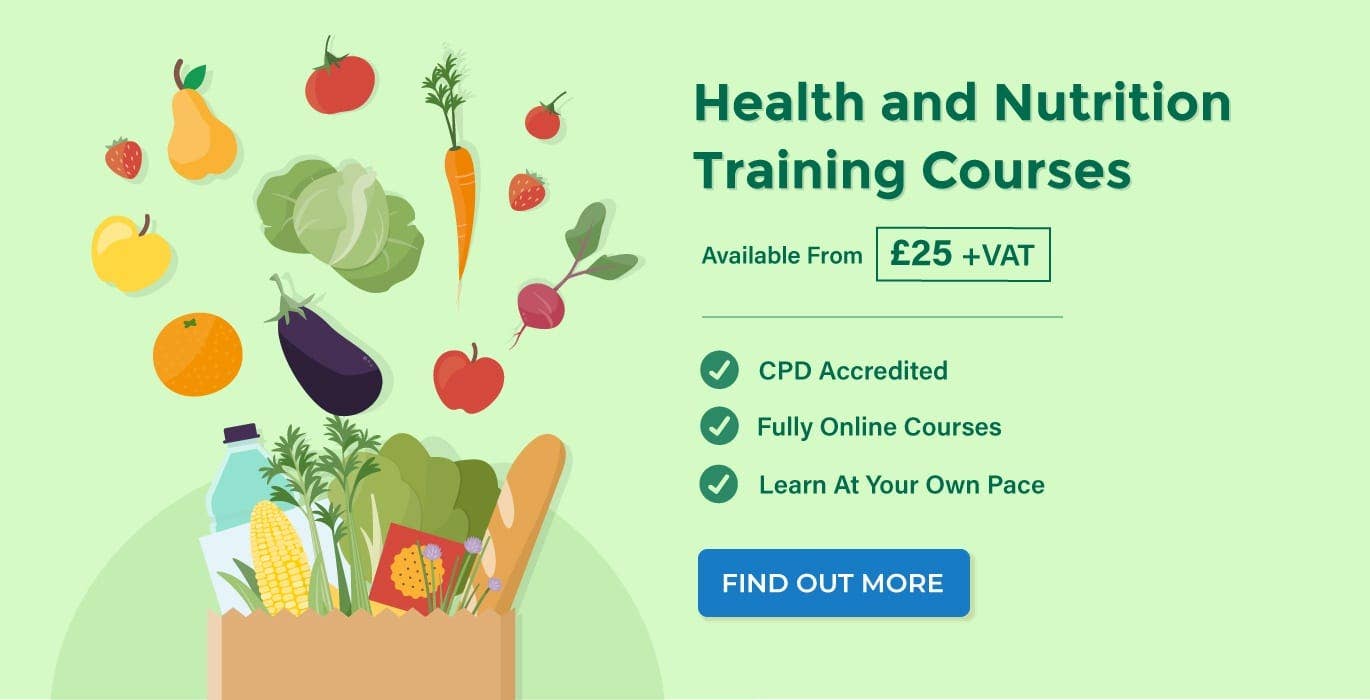 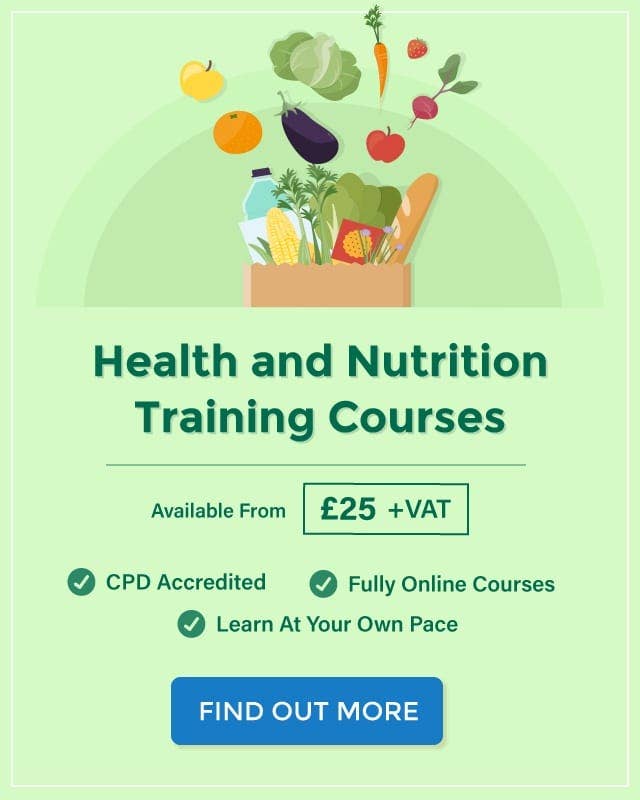