What is Unconscious Bias in Recruitment?

Every time you make a decision, your social background, personal and cultural values, and life experiences influence your reasoning. This is beneficial for helping you make day-to-day choices that align with your goals, but in recruitment it can lead to unconscious bias, also known as implicit bias, which unfairly influences who you hire.

The contents of this article are:

What is Unconscious Bias?

Unconscious or implicit bias refers to when you form a quick opinion about a situation or person without being consciously aware of it. Our brains form biases by using knowledge about social situations, attitudes, cultures, stereotypes, emotional reactions, and more. We learn these through experiences and exposure to media throughout our life.

In recruitment, unconscious bias can significantly skew your judgement. While it is important to use your experience to assess applicants, it’s a problem when you’re influenced too heavily by your assumptions, expectations, and preferences.

Our Unconscious Bias Training will give you the skills that you need to recognise your own prejudgements and learn how to manage them. By the end of the training, you will be confident in identifying and overcoming your own implicit biases.

Even if our mind frames a bias positively, it can still lead to unfair favouring. For example, if you prefer a candidate who went to University because you associate it with intelligence, it’s still a harmful unconscious bias. A background of higher education doesn’t automatically mean they are more intelligent than other candidates.

Reining in your biases makes recruitment tough for sure. First impressions and gut feelings count for so much during interviews. But preventing unconscious bias is vital, as it can lead to unfair, inaccurate judgements, overlooked talent, or at worst discrimination.

Below are 9 common examples of unconscious bias in the workplace, particularly in recruitment. By improving your awareness of the various types, you’ll become more self-aware of your personal biases. You’ll strengthen your ability to make fairer, more informed decisions during recruitment that ensure you hire the best people for your business.

Use these links to jump to a certain section of the article.

Affinity bias refers to when you unconsciously prefer people who share qualities with you or someone you like. It occurs because your brain sees them as familiar and relatable, and we all want to be around people we can relate to.

For example, if an applicant went to the same school as you or they share similar hobbies, you’re more likely to prefer them over other candidates.

Recruiting people with similar qualities is a no brainer. For the best culture fit, businesses should aim to recruit likeminded people. But you’re not looking for a new best friend. Affinity bias can cloud your judgement of which candidates are most appealing to the whole business. It may cause you to hire fewer diverse personalities, which means less creative views and approaches to work.

Plus, it’s simply unfair. While an applicant may not be like you, they could be just as talented and friendly as those that are.

Attribution bias refers to how you perceive your actions and those of others. It stems from our brain’s flawed ability to assess the reasons for certain behaviours – particularly those that lead to success and failure.

We generally attribute our own accomplishments to our skill and personality, and our failures to external factors – to hindrances that we believe are beyond our control. We are less likely to blame and find fault in ourselves.

However, this perception often reverses when we view other people. When they do something successfully, we’re more likely to consider them lucky or benefited by someone else, and more likely to attribute their errors to poor capabilities or personal qualities.

In recruitment, this can skew your view of a candidate’s performance. It can make you focus too hard on their faults, minimise their accomplishments, and potentially disregard a talented candidate.

We all unconsciously notice people’s appearances and associate it with their personality. Appearances are important, particularly in a workplace setting, as they reflect on professionalism and self-awareness. However, many of us judge others too harshly based on their physical attractiveness.

It’s unfair to think that a person doesn’t make ‘enough’ of an effort with their appearance, or that they put in ‘too much’ effort. This can lead to assumptions about their personality and skills. You can’t assume that a person who dresses professionally and tidies their hair is an all-around organised person. The opposite could easily be true.

Other times, you may unconsciously dislike certain features in a person. Maybe you think they’re too short, that they have poor posture, or they don’t have an expressive face. These may stem from a subconscious, stereotypical view of what a successful or friendly person looks like.

These assumptions may cause you to unfairly favour ‘attractive’ people during recruitment, despite the fact that we should embrace physical diversity and never judge a book by its cover.

Conformity bias happens when your views are swayed too much by those of other people. It occurs because we all seek acceptance from others – we want to hold opinions and views that our community accepts.

In recruitment, conformity bias is common. When a majority of the group shares an opinion about a candidate, you usually decide to agree with them even if your original opinion differed.

Chances are, if most people feel strongly about a candidate, it’s because they all noticed something similar. A unanimous view is less likely to come from a place of bias. However, you shouldn’t let it prevent you from voicing your opinions and views. Your opinions may draw attention to facts about a candidate that others didn’t spot.

Confirmation bias refers to how people primarily search for bits of evidence that back up their opinions, rather than looking at the whole picture. It leads to selective observation, meaning you overlook other information and instead focus on things that fit your view. You may even reject new information that contradicts your initial evidence.

For example, let’s say a candidate arrives 10 minutes late. You assume that they lack organisational skills, so throughout the interview you selectively focus on anything that backs up this idea. For instance, you focus on the fact that their CV lacks examples of self-managed projects.

Most people subconsciously slip into confirmation bias because they seek confirmation that their initial assessment of a person is correct. We even do it to back up other unconscious biases, so it’s important to keep it in check. Otherwise, you may unfairly decide to not hire a candidate based on your faulty assessment.

This type of bias occurs when you assess two or more similar things and compare them with one another, rather than looking at each based on their own merits.

The contrast effect is common in recruitment. When you receive dozens of similar CVs, it’s useful to compare applications to narrow down your choices.

However, the contrast effect can make you judge too harshly and set your standards too high. It can make you overlook the fact that you’re looking for people who can fit the role. You’re not assessing who can submit the most flawless CV or make it through the interview without a stutter.

Gender bias is simply a preference for one gender over the other. It often stems from our deep-seated beliefs about gender roles and stereotypes.

In recruitment, gender bias can cause you to unconsciously lean towards a candidate based on their gender and the qualities you associate with it. For example, you may subconsciously think a man better fits a physically demanding job.

In particular, gender bias occurs because we favour people that we can relate to, especially those of the same gender. We often connect with them easier because of shared gender-specific physical and emotional experiences.

Even from the moment your job advert goes live, you may inadvertently favour one gender over the other. Certain terminology appeals more to men than women and vice versa.

The halo effect occurs when we focus on one particularly great feature about a person. You view everything about the person in a positive, ‘halo’ light, which makes you think they’re more perfect than they are. Similar to affinity and confirmation bias, this makes us overlook other information. It skews our opinion of other aspects, including negative ones.

In recruitment, you need to prevent the the halo effect from blinding you. Otherwise, you may hire a candidate that, once the halo glow wears off, is actually not as fit for the role as you thought.

The horns effect is the opposite of the halo effect: you focus on one particularly negative feature about a person, which clouds your view of their other qualities.

For example, if a person uses a particular turn of phrase you dislike, you may suddenly dislike everything else they say.
In recruitment, you need to avoid concentrating on aspects you personally dislike. One mistake or flaw does not represent them as a whole.

How to Overcome Unconscious Bias

Now that you understand the meaning of unconscious bias and recognise the various types, you’ll start noticing when you slip into these mind sets.

However, people find it difficult to go against their subconscious values and opinions. Completely rerouting your biases is a much greater challenge than simply noticing them.

Use the following strategies to counter your unconscious biases: 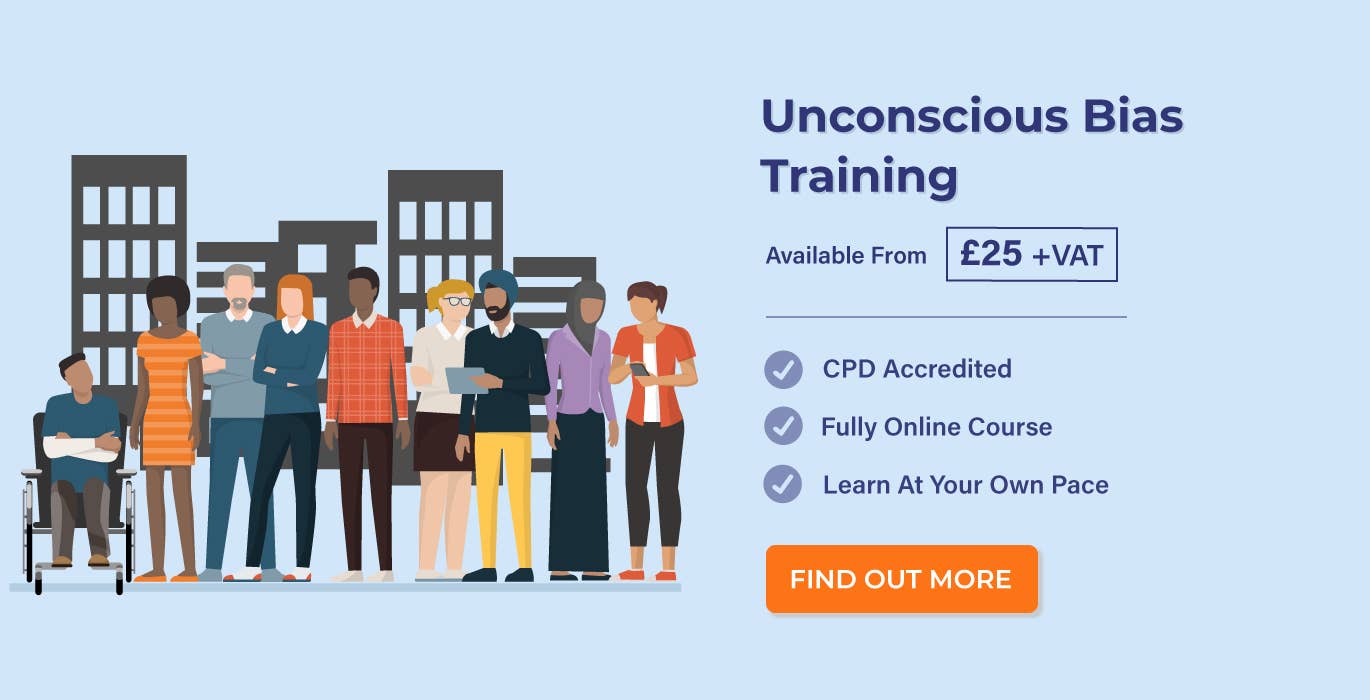 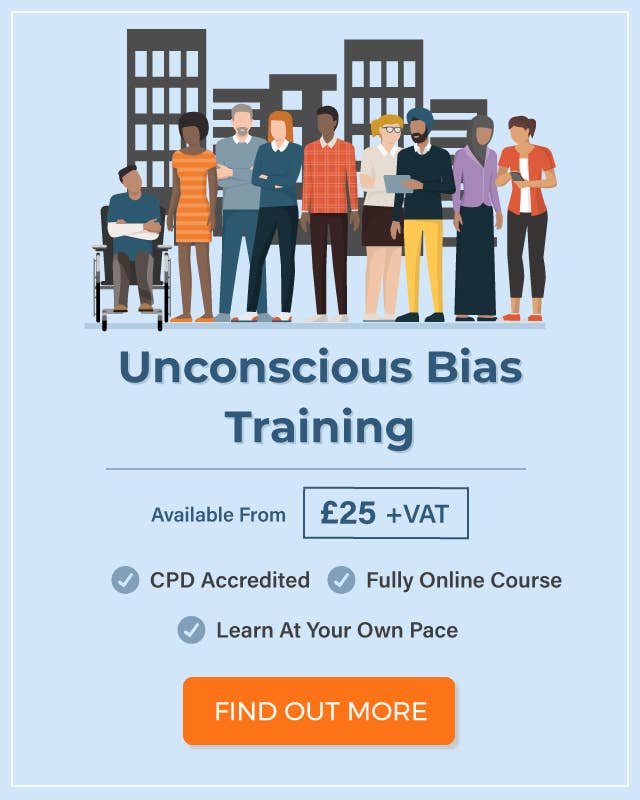 How to Avoid Discrimination in Recruitment