Being able to identify exploitation and criminal activity involving children and adults at risk can benefit us all when it comes to protecting our communities and tackling crime. It is especially important for those who work in education or the health and social care sector, as they have a responsibility for the safety and wellbeing of those most at risk of being exploited.

This article will explain what cuckooing is, the different types and who is most likely to be targeted. We will also detail the signs to look out for to help you identify if it is taking place, and what you should do if you suspect someone has been targeted and you have concerns about their safety.

Whilst certain groups of people may be more vulnerable to cuckooing, it can happen to people of different ages and with varying degrees of physical and mental capabilities. It is therefore important not to disregard the potential for a person to be a victim of cuckooing based on their age or health status.

Exploitation is prevalent and widespread across the UK, and many of the gangs responsible target both children and adults. These gangs are often part of a wider network of organised crime gangs. County lines is one such type of organised criminal activity, in which drug dealers, usually in larger cities, establish networks for the supply and sale of drugs to those in smaller towns and rural areas.

As well as drugs, they may also be involved in the movement of cash and weapons. The people who are ‘recruited’ by criminals to transport, store and sell these, are targeted for a variety of reasons and from all areas of the UK, including rural areas. They are often chosen because they seem less likely to stand out and therefore they are less likely to get caught. County lines activity is linked to cuckooing.

Cuckooing is the term used to describe an individual or group that takes over the home of an adult and/or their family, for the purpose of using it for illegal activity. This could include using the home for county lines drug trafficking, supplying drugs to the local community and other illegal activities. Cuckooing is so called because cuckoos are known to take over the nests of other birds.

Perpetrators cuckoo properties either by manipulation and/or force and it can occur in rented, owned or social housing. The impact on the individual being cuckooed and their family can be hugely significant, not only for their wellbeing and mental health, but it can also put them at risk of abuse, isolation, participating in criminal activities and losing their home.

The process of cuckooing is often one that happens in stages, starting with the initial befriending of the victim. The perpetrator will likely try to charm and manipulate their way into gaining a level of rapport with the individual and perhaps even their trust.

Then will come an exchange period. This will see the perpetrator offer the victim something they need or want, such as drugs, money, clothes or even a relationship. Targeting people in this way can lead to an imbalance of power, with the victim then ‘owing’ those exploiting them.

At that point they may ask for things in return, such as storage space or the use of the property to meet friends. It is usually the case that as this situation continues it will become increasingly one-sided, with the perpetrators taking what they need and more people using the property without offering anything in exchange.

They may or may not inform the person of their illegal activities, but often there is little the victim can do to stop them as it is likely they will have been isolated from their friends, family and/or care workers, and threatened with abuse and violence if they try to put an end to it.

It is important to understand that whilst it may seem clear that those associated with gangs, drug dealing and other criminal activity involved in county lines and cuckooing are the ‘bad guys’, and those being exploited and cuckooed are the victims, it is not always the full story.

Many of those involved in this kind of criminal activity have themselves been targeted and exploited into participating in crime, and those seen as the perpetrators may also require safeguarding protection.

We have a range of Safeguarding Courses available for both adults and children, from beginner level awareness to more advanced knowledge for designated safeguarding leads.

Safeguarding relates to the measures in place to protect the health, human rights and wellbeing of individuals, allowing them to live a life free from abuse, harm and neglect. Safeguarding is everyone’s responsibility, but those working with children and adults at risk have a duty of care to ensure their safeguarding needs are met.

Children may reside in cuckooed houses, either because it is their home that has been targeted, or they have been moved into the house for the purposes of exploitation. This puts them at high-risk for abuse and neglect, and any safeguarding concerns regarding their wellbeing should be raised and dealt with swiftly and effectively.

There are different types of cuckooing, and different motivations for either choosing to use the property, or take it over. Dealing drugs, or other gang members taking over a person’s home to store and distribute illegal drugs, is one of the most common reasons for cuckooing, but there are other reasons why it may take place.

The motivations for cuckooing a particular person/persons can influence the methods used to approach the individual and the type of cuckooing that takes place. There are however certain members of society who are more likely to be targeted. These include:

Cuckooing is a criminal offence, and the more that is understood about how it occurs, the reasons why and who is most likely to be affected, the more likely it is to be recognised and resolved. It is also worth noting that those whose house has been cuckooed may also be forced to deal the drugs themselves and participate in illegal activities, making it even harder for them to speak out about what is occurring within their home.

What are the Signs of Cuckooing?

Signs that indicate a person’s property has been cuckooed include, but are not limited to:

It is important to remember that these events may not always relate to an instance of cuckooing, but they could show that the individual may have a need for care and support or relate to other safeguarding concerns.

It isn’t uncommon for organised criminal gangs to have multiple cuckooed properties that they can move between frequently and quickly, to avoid detection. To help detect whether this crime is more widespread, be mindful of recognising patterns and themes within a local area, as this may suggest others could be at risk from the same perpetrators.

How to Deal with Cuckooing

When it comes to dealing with cuckooing or suspected cases of it, it is vital that it is approached in a safe and appropriate manner and that the victim is supported in a person-centred way. Cuckooing may be committed on a local level, but can also be part of organised crime and linked to a wide network of criminal exploitation. Therefore, as a care worker or concerned civilian, always seek additional advice and support from the police and, where appropriate, a designated safeguarding lead.

As those targeted are likely to be those at an increased risk of harm or abuse, it is important that all who are responsible for their care and support have a good understanding of how to communicate safeguarding concerns effectively and recognise the signs that exploitation may be occurring.

Good communication and appropriate information sharing between multiple agencies is key to ensuring an appropriate response can be launched. Each party, from the individual’s doctor, nurse, housing authorities, volunteers, care providers, social services, child services or police, may each recognise a small area of concern that, when combined, creates a much larger and more accurate picture of what is taking place.

Working together can also help to prevent further spread of the criminal network and tackle emergency safeguarding concerns, by utilising their different areas of power and authority.  For example, the local authority and police can work together to obtain closure orders or injunctions on the cuckooed properties and emergency rehousing can be arranged in instances of serious safeguarding concerns.

Closure orders can prohibit access to a property for up to three months, and injunctions can restrict who can legally enter a property. Not complying with a closure order gives police the right to arrest unwanted persons found inside a home that has a closure order on it.

Having an understanding of which legislation is applicable in which set of circumstances is important when it comes to deciding upon and taking the most appropriate and legal action to resolve a situation. Some key legislation includes:

Keep in mind the benefits of a multi-agency response to cuckooing and the importance of dealing with safeguarding concerns relating to children immediately, regardless of whether the child is a potential perpetrator or one being exploited within their own home. To ensure information is shared appropriately and effectively, a multi-agency referral form (MARF) can be used and children’s services and the police should be contacted.

Finally, when dealing with any instance of cuckooing, always remember a person’s human rights should be maintained and their right to make their own choices and live in a way they choose should be respected and empowered. Keeping this at the forefront of any decision making is incredibly important and should be balanced against the fulfilling of a care worker or agency’s duty of care as far as is reasonable and proportionate.

Being aware of the signs associated with cuckooing enables both members of the community and those working within the health and social care and education sectors to act accordingly to help protect and safeguard adults and children at risk. Tackling exploitation and reducing criminality both nationally and locally can help to promote a safer environment for all. 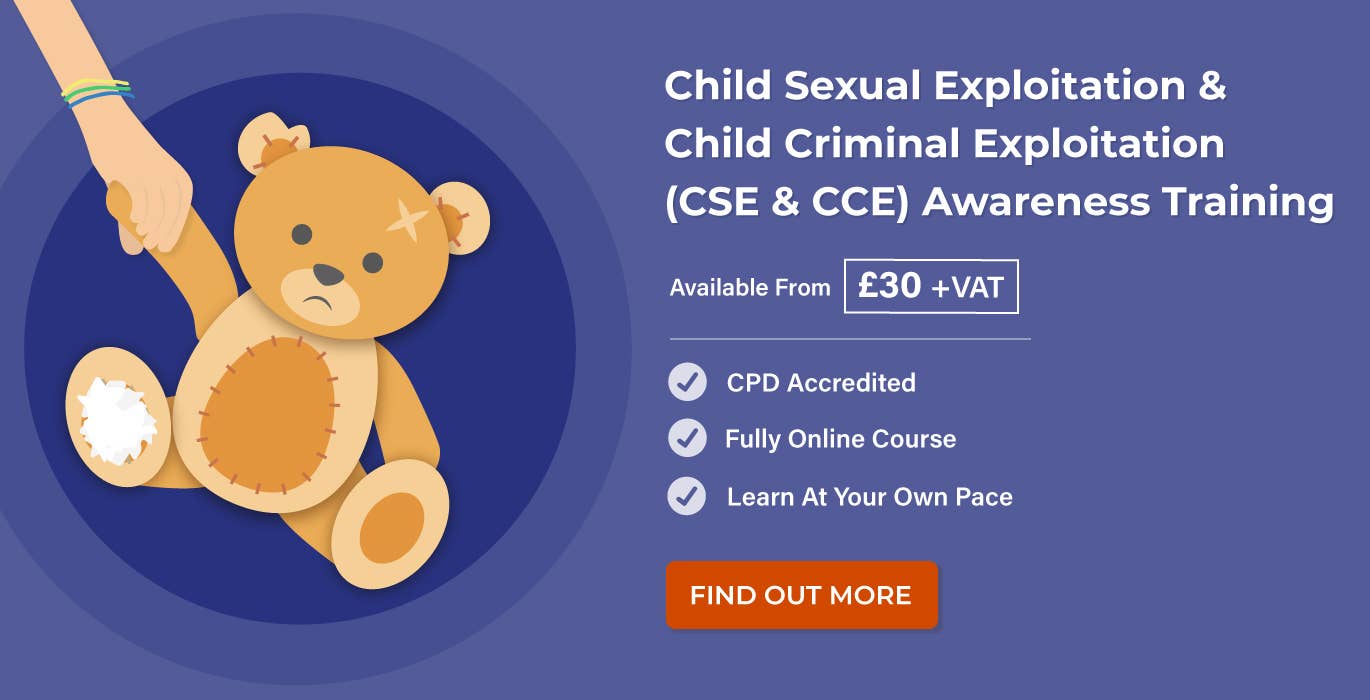 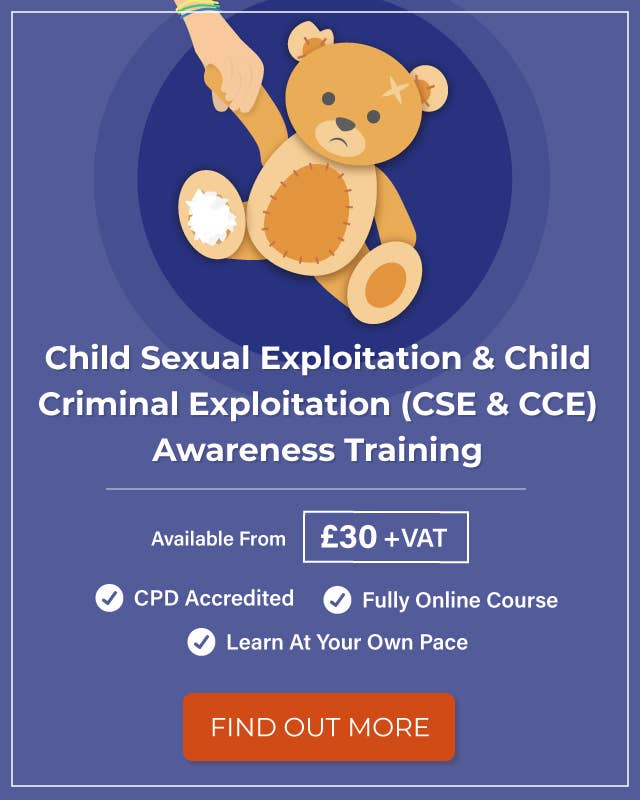 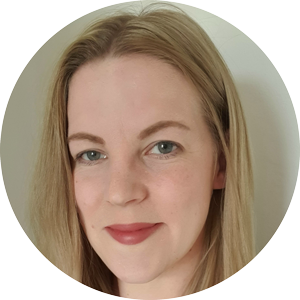 Victoria O'Regan
Victoria O'Regan is a Learning Designer with a primary focus on the Health and Social Care sector for High Speed Training. Victoria has almost two decades of experience as a care worker and has worked within a variety of settings in the sector. She is passionate about using her own insights and experience to bring engaging and relatable guidance to the Hub and the training courses she creates.

Her favourite article is Duty of Care in Health and Social Care: Responsibilities & Examples

What is Safeguarding Training & Why is it so Important?

Recovering from Caregiver Stress and Burnout

What is Safer Recruitment?