A Guide on Recognising the Signs of Drug and Alcohol Abuse

Drug and alcohol abuse affects people from all different walks of life and all socioeconomic statuses. Alcohol and drug use is increasingly popular, especially among younger generations due to the ease of obtaining them. There are a multitude of reasons why people use drugs or alcohol including curiosity, peers’ insistence and media influences.

The initial decision to use drugs or alcohol is voluntary for most people, but repeated drug use can lead to brain changes that challenge the individual’s self-control and ability to resist urges to use the substance. No matter what the reason for using drugs or alcohol is, people can misuse them and become addicted which can lead to legal convictions. This article outlines what drug and alcohol abuse is, how to recognise it, the causes and how to prevent addiction.

What is Drug and Alcohol Abuse?

Drug and alcohol abuse is a recognised, medical brain disorder that is also known as substance abuse. It is described as a pattern of using a substance that causes significant problems or distress. This distress may be physical, emotional or behavioural.

Drug and alcohol use does not always lead to abuse. Some people use drugs or drink alcohol without experiencing the negative effects, while others that use these substances find it takes a toll on their health and wellbeing. Similarly, there is no specific point at which drug and alcohol use moves from use to abuse.

However, there is a distinct difference between abuse and addiction:

Abuse – when an individual is using a substance to the point that it is causing problems in their life, but they are still in control of their consumption. However, abuse often leads to addiction.

Addiction – an uncontrollable and compulsive use of drugs or alcohol, despite the negative health and social consequences it has. For some people, the urge to get and use substances can fill every minute of every day.

Drug and alcohol abuse is less about the type, amount, or frequency consumed and more about the consequences of use. For example, if substance use is causing problems at work, school, home or in relationships, it is likely that the individual has a substance abuse problem. Also, drug abuse doesn’t just refer to illegal drugs, it can include legal drugs such as prescription medications.

On the other hand, if an individual is addicted to or abusing a substance, when they don’t take it they experience withdrawal symptoms. These symptoms can include: nausea, depression, shaking, sweating, tremors and vomiting. Due to the unpleasant nature of withdrawal symptoms, most people find it is easier to carry on using the substance.

Substances most often abused include:

There are different types of drug abuse, including:

Alcohol abuse is defined as a pattern of drinking that results in harm to an individual’s health, relationships and ability to work. It is a chronic disease associated with experiencing withdrawal symptoms and a loss of control.

Individuals who abuse or misuse alcohol are not necessarily addicted or dependent, they also don’t necessarily drink every day. For example, someone who suffers from alcohol abuse may only drink once a week but when they do, they may put themselves or others in danger.

Alcoholism is an occasional pattern of drinking which can damage an individual’s health. The effects of alcohol vary between people and there are factors that influence those effects such as age, health and family history.

What are the Causes of Drug and Alcohol Abuse?

General reasons why people turn to drug or alcohol abuse include:

Drug abuse often starts small as ‘trying something new’ or even as a much-needed prescription. This can become frequent use and turn into a necessity. Injectable and smoked drugs are often more addictive as they affect the brain right away.

Alcohol abuse often starts with recreational drinking such as in social situations. This can spiral to a point where the individual is no longer in control of their drinking. Therefore, it is important to recognise the signs of alcohol abuse in order to determine the difference between someone using or abusing alcohol.

How to Recognise the Signs of Drug and Alcohol Abuse

Below are some general signs of drug abuse:

These signs may be hidden or may occur gradually. They include tremors, lack of coordination and appearing lethargic.

This can include weight changes, bloodshot eyes and lack of concern over physical appearance or personal hygiene.

Unexplained or unprovoked mood swings can occur. If the individual is under the influence, they may be hyperactive or excitable. When the substance wears off, they may experience withdrawal symptoms causing them to become irritable or angry.

The individual may become withdrawn from loved ones and private to keep their alcohol or drug use hidden.

The individual may avoid questions about physical changes and may become defensive if asked directly about drugs or alcohol.

If the individual is taking a substance, they may have difficulty carrying out daily tasks or remembering important details. This can appear erratic and as though they have abandoned their responsibilities.

The individual may have a disrupted sleep pattern or suffer from insomnia.

To help identify whether you or a loved one may be suffering from drug or alcohol abuse, there are some questions you could ask, including:

These questions should not be considered an official diagnosis. However, if you answered ‘yes’ to one or more of these questions, you should be motivated to seek help.

What are the Problems Caused by Drug and Alcohol Abuse?

Drug and alcohol abuse can lead to social, emotional and physical problems.

Social problems can occur at school or work, such as poor academic performance due to physical problems like brain damage. Other implications of alcohol or drug abuse can be financial due to the expense of buying the substances or missing work. There are also legal problems associated, such as driving over the limit if drinking alcohol, or being arrested for taking an illegal drug.

Emotional problems related to alcohol or drug abuse can be seen in attitude changes such as the individual becoming aggressive or argumentative. There are also implications for the individual’s mental health – drugs and alcohol are both depressants and can lead to depression, anxiety and paranoia.

Physical problems such as damage to the liver, having high blood pressure and a higher risk of getting cancer can be a result of drug or alcohol abuse. Other physical problems caused include neglecting personal hygiene as well as poor oral health. Drugs and alcohol also have a number of effects on the brain including direct damage, injury and death of brain cells.

Different substances induce these effects to different degrees. Depending on the type of damage, it may be possible to reverse the effects caused by drug and alcohol abuse.

How to Prevent Drug and Alcohol Abuse

Early use of drugs and alcohol increases a person’s chances of becoming addicted, therefore adolescence is a critical time for preventing addiction. Teenagers are still developing their identity and important life skills, and experimenting with drugs or alcohol can unknowingly set them up for a potentially life-threatening habit.

Although it cannot be said that there are definitive ways to prevent drug or alcohol abuse, there are a few ways you can attempt to prevent it including:

Educational tools – educating people about the effects of drug use through school, work or government agencies could minimise possible or existing drug use. Some educational interventions focus on preventative techniques whereas others focus on raising awareness in people that already use substances.

Family influence – talking about the consequences of drugs and alcohol, especially with teenagers, can create a strong awareness of substance use. Teaching boundaries, educating and communicating can strengthen the trust in relationships and hopefully lead to the teenager or family member making wise decisions regarding drugs and alcohol.

When having a discussion with a teenager or loved one about drugs and alcohol there are a few important things to remember. Choose a time where you are unlikely to be interrupted and set aside any distractions such as phones. It is also important to have the conversation when neither person is angry, irritated or under the influence.

A few things to discuss could include:

Another way to prevent substance abuse is through educating yourself and others on the potential risk factors and causes of drug and alcohol abuse. Being aware of the causes will make you more likely to overcome them. For example, this article explains that people turn to substance abuse to cope with mental health issues. If you are, or someone you know is struggling with mental health, seeking help from a professional will help you overcome your symptoms without the need to turn to drugs or alcohol.

As well as preventing drug and alcohol abuse before it has started, it is also important to know how to prevent it happening again after recovery. Relapse is very common even after successful treatment and is most likely to occur within the first 12 months out of treatment. Relapse can happen for a number of reasons and triggers are different for everyone. It is also important to note that anyone can relapse whether they have been sober for one day or 20 years.

A few triggers and explanations for why people relapse can be due to:

There are also a few things you can do to address your own, or a loved one’s urges, including:

Relapse does not mean failure. Everyone is allowed to make mistakes and everyday sober should be celebrated. Think of it as one step back, but two steps forward.

How to Help Someone with a Drug or Alcohol Addiction

Drugs and alcohol can have serious negative effects on all aspects of an individual’s life. If you have identified any of the signs mentioned in this article in yourself or someone you love, you may want to reach out for help.

For further information about substance abuse, try our drug and alcohol awareness training. It outlines how to spot signs of a problems including how to support those suffering substance abuse.

It is common for those suffering to display a negative attitude or behaviour when confronted about their substance use. This can include, but is not limited to, denial, anger and avoidance.

Important points to remember when trying to help someone with a substance abuse problem are:

There is wealth of information and support available for anyone suffering from drug or alcohol abuse. Getting the right support can be crucial to overcoming the abuse and maintaining control in the future. The first step is often to get in contact with your GP, however there are some other services you can reach out to for help and advice.

Narcotics Anonymous provides a helpline you can call on 0300 999 1212. They also provide regular self-help meetings for people who want to stop using drugs or alcohol.

You can access help for alcohol abuse through the following:

The National Association for Children of Alcoholics (NACOA) provides a free, confidential telephone and email helpline for children of alcohol-dependent parents and others concerned about their welfare. You can call them on 0800 358 3456. 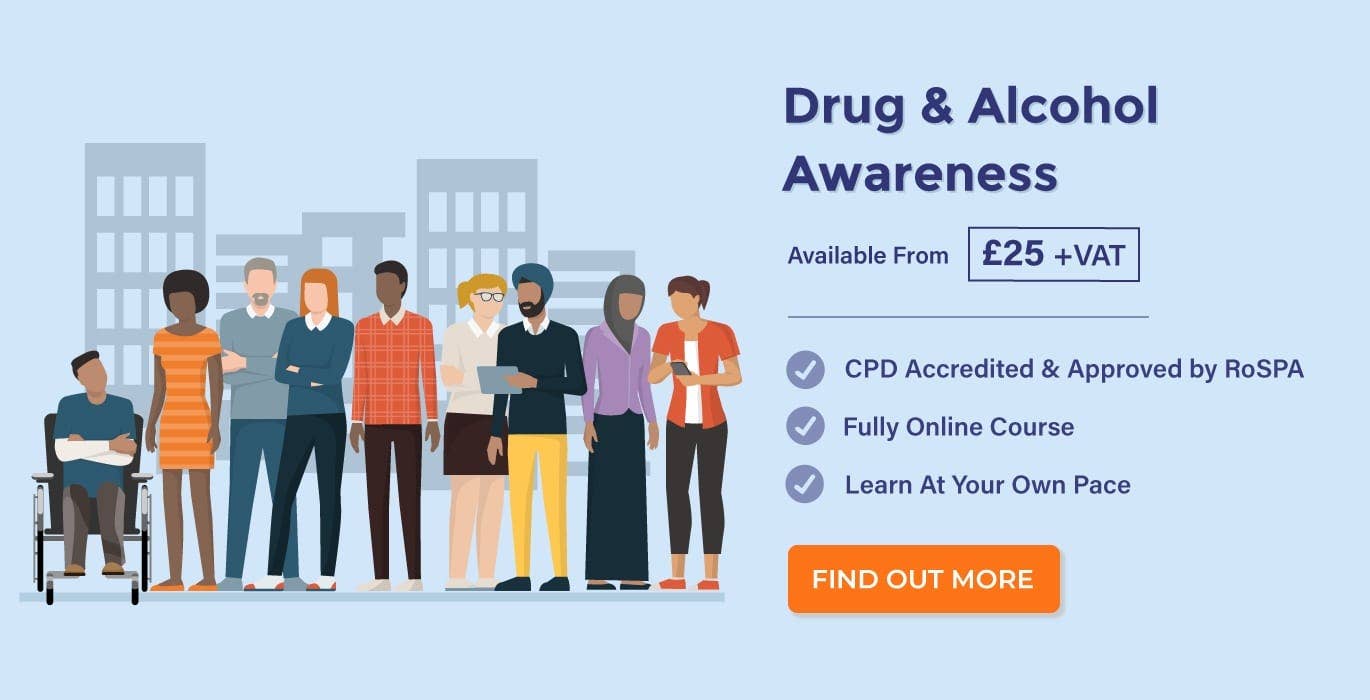 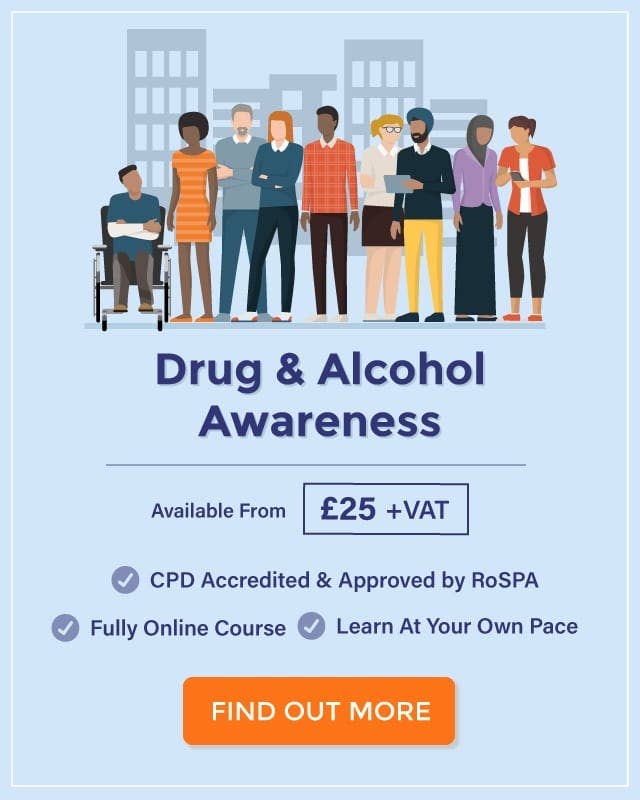 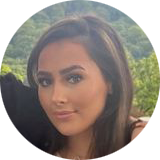 Nell Hendy
Nell is new to the Hub and dedicated to bringing together; experience from within the health and social care sector and the latest knowledge to provide valuable and up to date content.

Her favourite article is How to Talk About Mental Health