Conflict in the Classroom: Coaching Children in Acting Responsibly

Classroom conflicts happen on a daily basis. Some are trivial fights over toys while others stem from problems that happen outside of school. These disputes happen because a child is trying to communicate anger or distress.

As a teacher, you can coach children to handle conflict in a healthy way so that, even if the problems are larger than playground disputes, children are learning essential life tools that help them remain calm in tough situations.

Coach Children to Express Themselves

When children are born they communicate their needs through a proto-language of screams, babbling, and tears. For most children, this is the natural method of communicating needs. As children grow, however, they discover that the attention seeking methods of proto-language are no longer acceptable. They discover this through criticisms such as “shhh!” or “grow up!”

How is a child supposed to make sense of these?

The way adults use language can come across as coded and cryptic. Therefore, it is essential to use plain language when teaching children to communicate in a more sophistic manner. And it is equally important to let children know that their emotions are valid.

Adults often inadvertently tell children that their problems and emotions are not valuable and should be suppressed. If you’ve ever rolled your eyes at a child and said: “ignore them, they just want attention”, you’ve unintentionally suppressed a fundamental cry for attention and you are teaching children to repress their worries and concerns. This is detrimental for later life relationships and communication skills.

And while we all do it, that doesn’t make it right.

Instead, we should coach children to recognise their emotions and to articulate worry, pain and stress in a direct and calm way. When the need for attention is expressed indirectly it comes across as attention-seeking and becomes aggressive and disruptive.

Our Challenging Behaviour training course is recommended for professionals who want to gain a better understanding of how to respond to the behaviour of the children that they work with, and our Coaching and Mentoring course is designed to give you the practical tools and techniques needed to kickstart your successful journey in a coach or mentoring role.

Recognise Your Own Behaviours

We teach children to censor their emotions; to behave and get on with it. But we don’t give them the knowledge to adequately express themselves and resolve their daily conflicts. When children act out, it’s because they cannot articulate themselves by other means.

Thus, the first step in learning how to coach children in conflict resolution is unlearning lessons you were taught in childhood and recognising the unintentional effects of the language we use to speak to children.

Right now, take a minute and think about whether you’ve ever accidently policed the emotions of children to instil self-censorship. Common phrases like “don’t be silly” and “it’s not the end of the world” or “you’re acting like a drama queen” are a universal element of the vocabulary used to speak to children.

These phrases, however, are methods of censorship. They downplay and delegitimise children’s emotions and prevent healthy expression. This, in turn, aggravates the need to self-express through conflict and negative behaviour.

Other methods of censorship are more subtle and are often useful to use once a conflict has been resolved — but they should never be used in place of addressing emotions.

Consequently, all methods of distraction lead to children having to act out to get the attention they require. So, coaching children on how to handle their conflicts is about teaching children to address their emotions up front in a calm manner and to speak out in a healthy way rather than bottle up and tantrum out.

Secondly, it’s important to recognise that aggression, bullying, tantrums and defiance stem from a need for attention, a desire to feel control, or to feel powerful.

Understanding this means you can get to the root of the behaviour, prevent future conflicts, and prevent power struggles rather than dismissing the source of problem behaviour and seeking only to stop it at that moment.

Disruptive and attention seeking behaviours occur due to a myriad of concerns. This could be due to a child who is struggling to keep up with the workload and level of work and, therefore, acts out to disguise it. It could be daily playground disputes such as “he didn’t play with me” or “she pushed me”. Or it could be external factors such as bereavement, neglect, illness, disability, anxiety or trauma amongst many other reasons.

Irrespective of the foundation that conflict springs from, all behaviour should be treated with the same methods. What follows are positive classroom-based practices and conflict resolution tactics to use in the classroom.

Your responses matter. They determine the outcome of the conflict. Before you respond to conflict, ensure you are coming from a calm place — aggression escalates the situation and creates a negative relationship with the child. Think about what it is you need the child to do and say this is in plain language. Be calm and assertive. Positive responses to conflict have a greater impact than reprimands.

Give children time to think about their actions. A moment to think helps children understand that they can choose their behaviour. If you ask a child to put their toys away after lunchtime, but then start doing it yourself, you haven’t given the child time to choose whether they will act positively. As a consequence, they are more likely to act out because they feel powerless; they feel as though you never trusted them to undertake the task. This perpetuates a cycle of bad behaviour and the child becomes used to chastisement and ineffective commands.

Prepare children with warnings before you give commands. Informing children that it’s five minutes until home-time or lunch-time is a little thing. But it helps children feel in control and prepares them for a request from you. When children are absorbed in a task, they are less likely to respond to your instructions.

Use one clear, direct command. When we speak to children, we often use indirect language such as “let’s put our toys away”. This might seem harmless but it’s confusing. Who is going to put toys away? Avoid these types of commands as they provide scope for children with negative behaviours to challenge direction. Use one command at a time. If you string a series of actions together, children could forget what you’ve asked of them. They’ll forget and you’ll get frustrated.

Use ‘if-then’ structured sentences to inform children of consequences. If you have issued a command and are waiting for a response, don’t reprimand straight away, instead provide information on the consequences if the directive is not met. This puts choice into the hands of the child. For example, “if you don’t take part in this activity, you will have two minutes taken off your break”. If you use these commands, always follow through on the punishment.

When conflict occurs, take advantage of it to teach children how to self-manage conflict. Coaching children through conflict resolution will eventually allow them to manage their conflicts independently. There are five steps involved in children’s conflict resolution: regaining composure, speaking respectfully, paraphrasing each other, speaking some more, and then creating a solution.

2. Teach both parties to voice their concerns with patience and respect. To coach conflict resolution, you should adopt the role of a mediator. Encourage children to speak directly to each other — rather than to you — and take it in turns to speak about the conflict. Let them know that they will each get a turn to speak and to say everything that they need to. Speaking to each other directly forces children to speak as independent people who are capable of resolving their own issues. It also removes the likelihood of children playing the ‘blame game’ with you as the judge.

3. Teach children to recognise the validity of the others opinion by asking them to repeat what the other child said. You may need to prompt children to help them accomplish this. Propose how they might begin a sentence or get them to ask for the other child to repeat themselves. This forces the child to focus on active listening, rather than simply waiting for their turn to speak and planning their defence without taking into consideration the other child’s feelings.

4. Ask them if there is anything more they wish to say. Cutting children off, or trying to conclude a dispute without fully listening to all children have to say prevents you from teaching patience. It also means that underlying tensions remain unvoiced. These tensions often fester underneath the surface, only to erupt at a later date.

5. Help children to negotiate solutions. Prompt children to come up with a solution that they both agree with. Both children need to agree on the solution. If one does not approve, ask them to expand on why until you can reach a position where both parties agree. Try to make sure they stick to their resolution. This method can take time and patience on your behalf but it teaches children valuable life skills and once children are confident they’ll begin to handle conflicts independently. It also teaches children how to cooperate, to considerate others, and to recognise an emotional world that exists outside of their own. 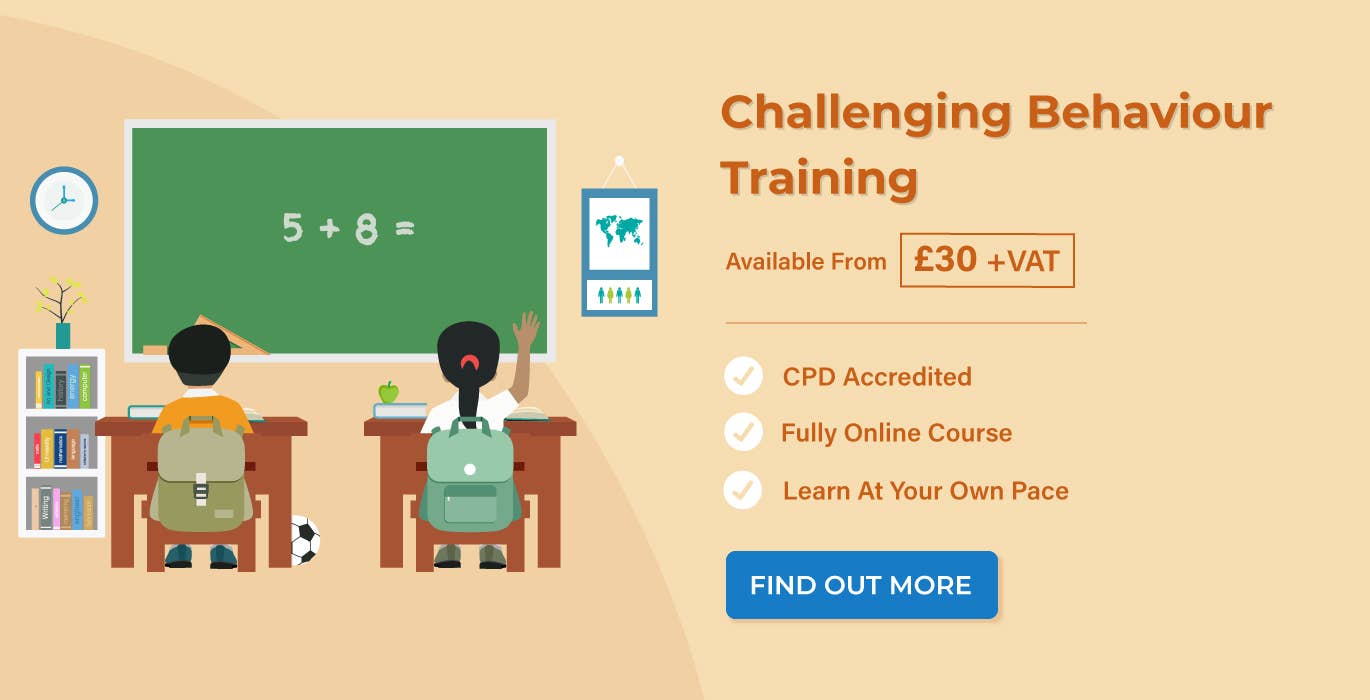 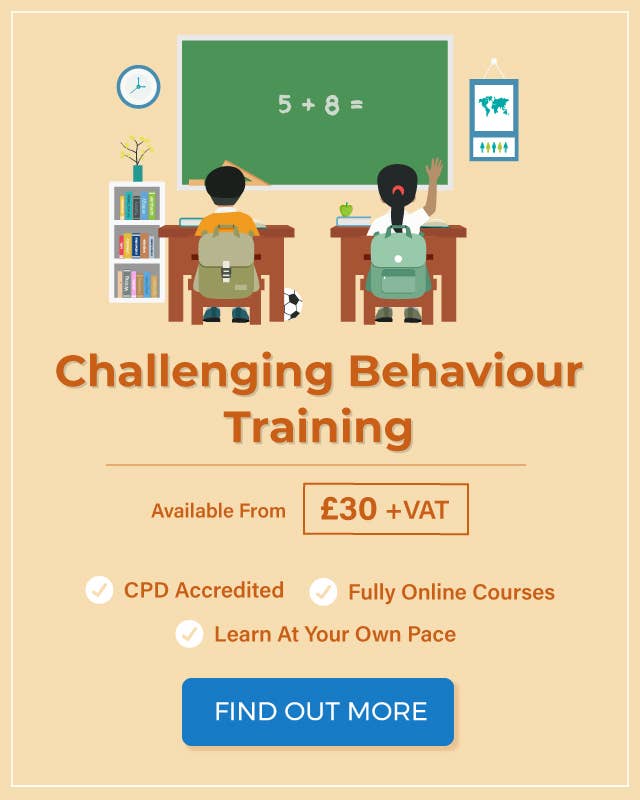 How to Set Behaviour Expectations in the Classroom

How to Respond to Harmful Sexual Behaviour in Schools