What Are ‘The Big 8’ Food Allergies?

What are the most common food allergies? There are currently 14 named allergens. By law, anywhere that sells food to customers must label or indicate that one or more of these are present in the foods. This could be on the packaging, labels, or a sign instructing customers to ask staff about allergy information. Labelling requirements are due to become stricter once Natasha’s Law comes into effect in 2021, however.

There are 8 allergens in particular that are thought to be responsible for 90% of allergic reactions.

These are known as ‘the big 8 allergens’:

Living with a food allergy or food intolerance can be challenging; you need to be very careful about what you eat. Often, you need to strictly avoid particular foods or ingredients, especially when eating away from home. Anyone can be allergic to anything, but these are the most common culprits and are important to look out for in food if you have a known allergy.

Allergies to cow’s milk are very common amongst children and infants. Symptoms generally present themselves in the first 6 months of life. A milk allergy can be triggered by fresh cow’s milk and anything made with milk, such as cream, yogurt, cheese and butter, as well as anything made with milk powder. The majority of adults who have a milk allergy also suffer from asthma.

Lactose intolerance is a reaction to the sugar in cow’s milk and in breast milk, and is not the same as a milk allergy.

Avoiding milk is very difficult, as dairy is used in many food products made in Europe and the UK. By law, foods must state if an allergen is present, and will be displayed in bold or capitals. Milk, milk powder, or similar will be displayed clearly. People with a milk allergy can substitute for a plant-based milk, such as coconut, oat, rice, or almond.

An allergy to eggs is one of the most common. It can be triggered by any egg products, such as egg white, egg yolk, mayonnaise, mousses, cakes, pastries, dried egg, and egg proteins, such as albumin. People may be allergic to eggs from all types of animals, including hens, ducks and quails.

Eggs are found in a wide range of food products, even in small quantities, so avoiding them can be a challenge. Always check the ingredients of food before you buy or eat them.

An allergy to fish can be triggered by all species of fish, including salmon, cod, halibut, haddock, tuna and anchovies. It can also be onset by food products made with fish sauce, ground anchovies, fish stock and fish gelatine.

You may only be allergic to one specific type of fish but not others, so can still have fish in your diet (which is important). Also, finned fish and shellfish are not from related families, so you can be allergic to one and not the other. Talk to your GP about receiving allergy testing for certain fish if you think this might be the case.

An allergy to crustaceans, such as lobster, prawns, crab and scampi is also known as a shellfish allergy.

People with a crustacean allergy may also suffer from an allergy to molluscs, such as mussels and clams, and fish. But they are not the same thing. Allergies to shellfish can result in a severe anaphylactic shock in some people, so avoiding contact is vital. Shellfish could be present in unsuspecting foods, such as certain condiments that use fish stock.

Peanuts are not from the same family as other nuts like almonds. They are a legume, also known as groundnuts. A peanut allergy can be triggered by whole or ground peanuts, as well as groundnut oil and peanut flour. They can be found in cakes, desserts, biscuits, sauces and even curries.

Peanut allergies are one of the most common food allergies and are prevalent amongst children. Many people with a peanut allergy are also allergic to tree-nuts, sesame seeds and lupin (which are also part of the legume family).

An allergy to cereals containing gluten is also known as a wheat allergy. It can be caused by wheat, rye, barley and oats, as well as food products that are made using these. Most people have an intolerance to wheat rather than an allergy, but allergies are also common.

Coeliac disease is not the same as a gluten allergy. It is a digestive condition caused by gluten, and can cause long-term complications if not managed. Avoiding gluten is difficult as it’s present in all sorts of foods. But many stores nowadays are expanding their free-from sections to accommodate people with a gluten intolerance, which is also good news for people with allergies. Be sure to always carefully check the label though, even on products claiming to be free-from.

Soya allergies can be triggered by anything made using soybeans. This includes tofu, miso paste, soy sauce and many oriental food products. It is also used in soya flour, soya milk and soya oil.

Particular care needs to be taken with vegetarian food products, which often use soybeans as a substitute for meat protein. Also note that soybeans are part of the legume family, although it’s believed that the chances of a person with a peanut allergy also having a soybean allergy are no greater than any other allergen.

Our Food Allergen Awareness Training Course will teach you how to comply with the UK’s allergen laws. It is up to date with current allergen legislation in the UK and includes information on Natasha’s Law, due to affect food businesses from 2021.

What are the remaining allergens?

As mentioned earlier in the article, legally there are 14 common allergens which must be labelled on food. Although not all of these allergens are part of ‘the big 8’, it is still mandatory that food providers inform customers of these allergens – as even those not in ‘the big 8’ can cause equally-serious reactions.

An allergy to celery is a pollen-related food allergy. It’s often thought to occur in people with seasonal hay fever to birch and/or mugwort pollen, but it can affect anyone. Celery sticks, celery leaves, celery seeds, celery salt and celery spices can all trigger an allergic reaction.Celeriac is a vegetable from the same species as celery, so allergy sufferers are likely to have an adverse reaction to both. While celery and celeriac allergies are less common than others, they can often trigger a more severe reaction, even as extreme as a fatal anaphylactic shock.

Celery can be hidden in all sorts of foods, so you need to check ingredient lists. The label should state whether any celery is present in the product or whether it was produced in a factory that also handled celery. Look out for:

The seeds of lupin, a flowering plant, are sometimes used to make flour, so an allergy to lupin can be triggered by pasta, pastries, breads and pies made using lupin flour. But because its use is very rare, cases of lupin allergies are not as common as others. It’s possible for people allergic to lupin to also be allergic to peanuts, as both ingredients are part of the legume family.

If you have a lupin or legume allergy, always check the ingredients of:

This is especially important if it’s a product produced outside of the UK. Lupin is used in very few products manufactured in the UK, but can sometimes be found in European baked goods imported into Britain. It may be labelled as lupine, lupin flour, lupin seed, or lupin bean.

An allergy to molluscs can be triggered by mussels, clams, oysters (including oyster sauce), snails, octopus and squid (also known as bivalves, gastropods and cephalopods). People with a mollusc allergy may also suffer from a crustacean allergy, such as to lobsters and prawns.

As with shellfish, molluscs could be present in unsuspecting foods, such as condiments that use fish stock. So be sure to always check the ingredients list.

An allergy to mustard may be triggered by liquid mustard (such as that found in a jar), mustard seeds, mustard leaves, mustard oil and mustard powder. Mustard may even be a hidden ingredient in all sorts of foods.

Always check the label of foods you intend to consume.

An allergy to sesame seeds can be triggered by raw sesame seeds, such as those found on burger buns and breadsticks. Toasted seeds are frequently used in salads and sesame oil, and are often found in hummus and tahini.

Many Chinese, Japanese and Thai foods feature sesame seeds or oil, so extra care needs to be taken with these. Sesame seeds are a common hidden ingredient, so if you feel any uncertainty when reading a product label, avoid buying the food. Many people with an allergy to sesame seeds also suffer from a peanut allergy.

Sulphites are substances used to help extend the shelf-life of numerous food products.People generally have an intolerance to sulphur dioxide rather than an allergy; allergic reactions are considered to be extremely rare. Sulphite intolerance is most common in people with asthma.

Sulphites can be found in all sorts of foods:

Always check the ingredients list. They may go by all sorts of names, including sulphur dioxide and sodium or potassium metabisulphite. If you are ever uncertain, ask for advice or don’t buy the product.

What To Read Next: 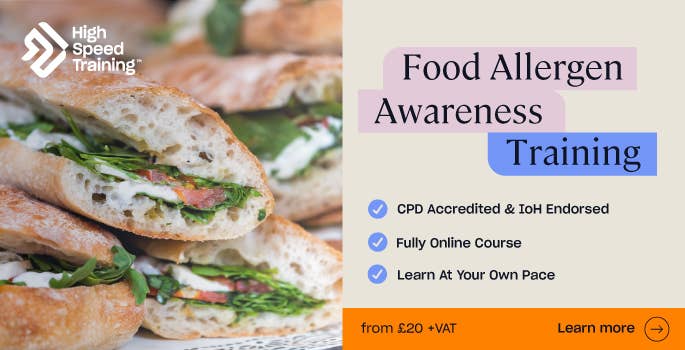 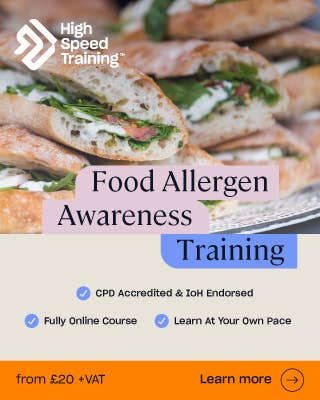