Guidance on Food Additives Legislation for the UK and EU

Food additives are used in food and drink products to make them more visually appealing, improve the texture, extend the shelf life and to ensure consistent quality. They range from commonly known ingredients such as ‘vitamin C’ and ‘citric acid’ to lesser known or categorised e numbers such as E150d – also known as caramel colouring.

Sourcing ingredients and products – for even the smallest of businesses – is an intercontinental task, bringing with it the complications of different laws and regulations in each region. It is essential that you ensure all of the products and ingredients you use or sell are safe and legal.

This article will explain which substances are banned from the UK and Europe, and what to look out for, particularly from America and other countries. It will also provide guidance on food additives legislation, and explain why some additives are banned in the UK and EU.

What Foods are Banned in the UK and Europe?

The primary reason some substances are banned in the UK and Europe is because they are deemed to cause harm if consumed – for example, if the substance has been proven to be carcinogenic or cause hyperactivity in children. Thousands of food shipments are detained and destroyed each year for the failure to comply with legislation.

If you are found to be selling products containing illegal additives, you could face a fine and potentially even a prison sentence.

Notable banned substances and processes include foods which have been genetically modified, hormone treated and chlorine washed meat, certain food dyes and preservatives. Furthermore, the UK and EU have strict labelling requirements, importing foods from outside of the UK and EU will risk not conforming to UK labelling standards.

A significant recent law change requires all foods pre-packed for direct sale (PPDS) to have an allergen and ingredients list. To find out more, read our article on ‘What Does Natasha’s Law Mean for My Business?’.

Examples of banned (or not authorised) substances include:

Even if an additive is authorised for use, it may not be approved for use in all categories of food products and at any quantity. Some additives have restrictions on categories of use and maximum quantities it can be added. Clean labelling is a widely accepted term used by the food industry and consumers to describe a more consumer friendly label and trustworthy natural products.

Consumers prefer packaging that is easier for them to understand, and products that are formulated without artificial ingredients or ingredients they cannot pronounce. For this reason, food manufacturers aim to formulate with fewer additives in order to meet this consumer trend. To find out more, read our article on ‘Clean Label Packaging & Food Trends’.

Along with ensuring products do not contain banned substances, products are subject to additional labelling regulations which must be met. A legal name is a name which can only be used if the product meets a certain composition, for example honey. The UK also has a geographically protected indicator scheme. An example of a product which is protected under this scheme is prosecco from Italy.

Certain ingredients and substances are banned in the UK and EU, including food dyes commonly found in spices, sweets and cake decorations and certain preservatives. Anything sourced from outside of the UK and EU must be rigorously checked to ensure they do not contain banned ingredients.

Sudan dyes, also known as Azo dyes, are banned in the UK and EU because they are thought to cause genetic defects if ingested. Sudan dyes are also a known carcinogen and are implicated in allergic skin reactions. They are added to make the colour of spices more visually appealing, however their use is only authorised in products such as plastic and textiles.

A bakery in Leeds was banned from using sprinkles imported from America because they contained a colouring not permitted for use in sprinkles. E127 has been linked to hyperactivity and behavioural issues in children and an increased risk of thyroid tumours.

A spokesperson for West Yorkshire Trading Standards said: “[They] would urge all food business operators, when seeking to use imported foods containing additives, to check that they are permitted for use in the UK.”

American Foods that are Banned in Other Countries

The difference in UK and American legislation makes it challenging to source raw materials and products from them. The 1958 Food Additives Amendment to the Federal Food, Drug, and Cosmetic Act states that additives do not need FDA (Food and Drug Administration) approval if the additive is generally recognised among qualified experts as safe under the conditions of its intended use.

This means that the FDA does not need to be notified about a new additive used in foods if the company that created it deems it safe. This is the opposite approach to the one used in the EU and retained in the UK, where new food additives must be approved before they can be permitted for a particular use in food.

If you are unsure which additives are banned, it is always best to check. It is important for those who source and purchase raw materials and products to know which food additives are legal, exactly what is in it and where it is coming from.

To find out more about food labelling regulations, consider taking our course.

In the EU and retained in the UK, new food additives must be authorised before they can be permitted for a particular use in food. The FSA provides further guidance on food additive authorisation.

The FSA has also provided a list of approved additives and E numbers, though some may only be permitted for particular applications and cannot be used in all categories of food and drink.

The majority of additives are only allowed to be used in certain foods and only in specific quantities. You can find a full list of approved food additives and the parameters of use in retained EU Regulation 1333/2008.

A likely ban of the use of titanium dioxide (E171) may come into effect as soon as 2022, following the European Food Safety Authority (EFSA) issuing a statement that it no longer considered titanium dioxide safe when used as a food additive. Titanium dioxide is a common colouring used in products such as chewing gum, pastries and soups.

Why is Food Colouring Bad for You?

Additives in the UK and EU are only approved for use if they are not deemed to be a risk to public health. Those additives which have not been approved are often deemed to be harmful, or have insufficient scientific evidence to prove that they are safe for use.

Research into food colourings has found a possible link between certain artificial colours problems with hyperactivity in children. Children who find it difficult to concentrate may want to avoid consuming some artificial colourings as they may exacerbate the problem.

The 6 food colours most closely linked to hyperactivity in children are:

Due to this possible link, a warning must be shown on a product label if they contain any of these 6 food colours, “may have an adverse effect on activity and attention in children”. To avoid adding this warning on food labels, it is common for manufacturers to use natural colourings instead.

We hope you found the above information useful. Should you wish to discuss your business needs further, or would like to know more about how our training can help you, please contact our friendly, helpful sales and support teams on 0333 006 7000 or email sales@highspeedtraining.co.uk. 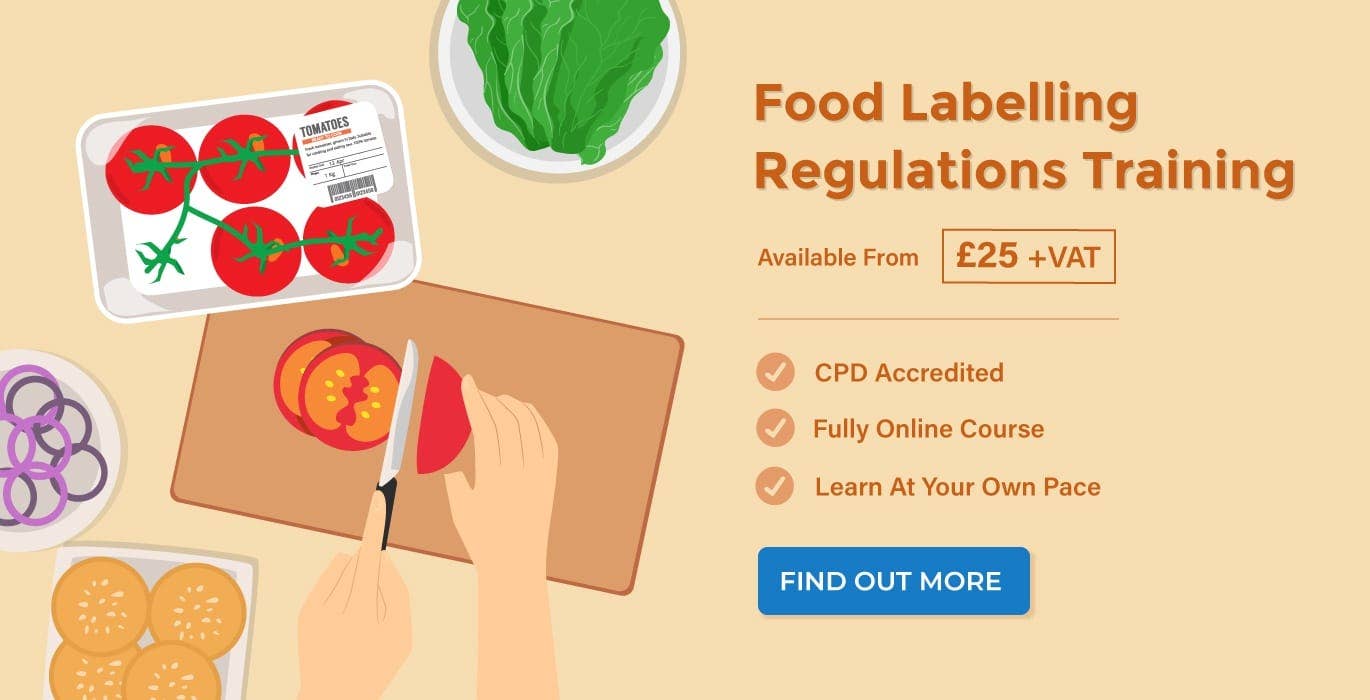 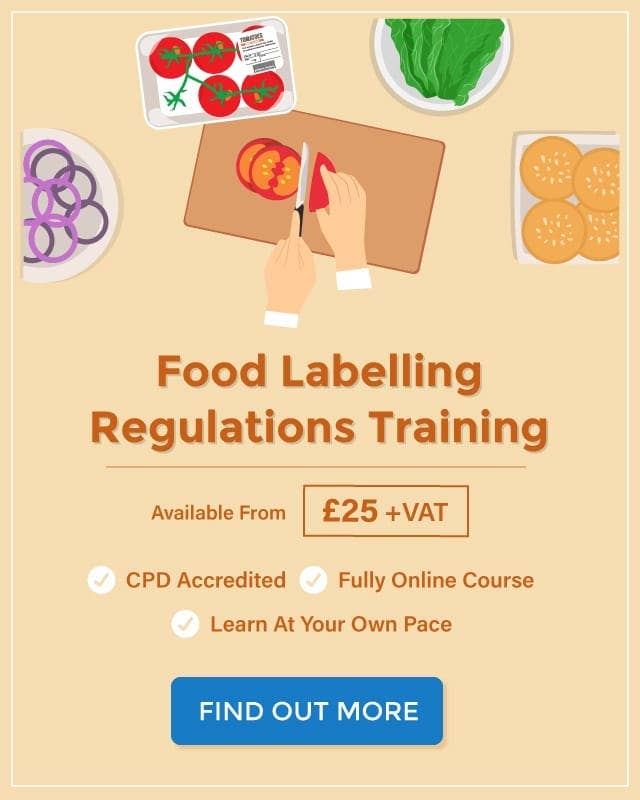 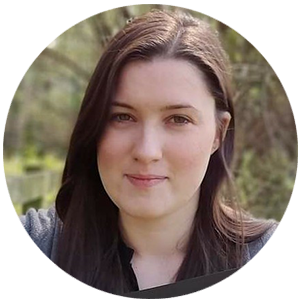 Zoe Ager
Zoe started writing for the hub in 2020 and specialises in the Food & Drink sector. Zoe also researches market updates and trends to make sure you have the newest information!

How to Package Food for Shipping