Safeguarding Scenarios and Answers for Education

Everyone who works in the education sector has a legal duty to keep the children who attend, safe from harm. Namely, this includes teachers, teaching assistants, designated safeguarding leads (DSLs), headteachers and lunchtime staff. However, anyone else who spends time with children, paid or voluntary, also has this duty. Teaching staff, for example, spend a lot of time with the same children, and it is not uncommon for children to then disclose their concerns. You must know how to respond to this type of information so that you can get the child the help they need.

What are Safeguarding Issues?

Examples of safeguarding issues include bullying, radicalisation, sexual exploitation, grooming, allegations against staff, incidents of self-harm, forced marriage, and FGM. These are the main incidents you are likely to come across, however, there may be others.

Your duty to protect children extends beyond the education setting, such as at home. Teachers may notice physical indicators that something is not right long before a child seeks help. This can manifest as subtly as behavioural differences, or in more obvious ways such as bruising.

Without context, it is sometimes difficult to judge if there is a potential safeguarding concern. For this reason, we have compiled some example safeguarding scenarios and answers to show you situations that may present and what action you should take.

How Should I Use the Following Safeguarding Scenarios?

The safeguarding scenarios that we have created should help you to understand the possible issues you may be confronted with. You must be able to identify the warning signs that could indicate a child’s welfare is at risk.

As well as understanding how you must deal with concerns, you need to know what actually constitutes a safeguarding issue. Our example scenarios demonstrate just how complicated some issues can be. They will also explain why certain incidents could be safeguarding issues.

As a leading provider of safeguarding children training courses, we often receive queries from our customers about their safeguarding responsibilities. We have created the following scenarios with schools in mind, although many will be applicable or adaptable to other settings. You may find it helpful to add these scenarios to your bank of safeguarding training resources. They will be useful for employers to share with all members of staff who are in a child-facing role, particularly during training exercises. Staff can consider and discuss the examples, and compare similar instances that they have experienced.

The most important thing to remember is to report any suspicions you have, even if you aren’t certain. You must know which member of staff you should be reporting these concerns to and the procedures that are in place.

Beth is known for being an inquisitive and chatty member of the class. Recently, however, you have noticed a complete change in her behaviour. For the last couple of weeks, Beth has been much quieter and withdrawn. You also notice that although it is a very hot summer and Beth wore dresses a few weeks ago, she has recently been consistently wearing clothes that cover her whole body.

This has the potential to be a safeguarding issue.

Here, you have no evidence that Beth is at risk of harm. However, as her teaching assistant, you know the child well. You have your suspicions that Beth’s drastic change in personality may be a result of physical abuse occurring. This is coupled with the fact that Beth is standing out wearing what is considered winter uniform in hot temperatures when a few weeks before she was wearing summer dresses.

Could you recognise the signs of child neglect? Test your knowledge with our quiz.

James is a popular student and is part of a large friendship group. A new pupil, Matthew, has joined the school. You observe how, in the last month, the two of them have been spending a lot of time together separate from James’ usual group. Jenny, one of the girls from James’ old friendship group, has approached you after class with some concerns. She says that when she tried to approach James to ask why he had suddenly broken off all contact with the group, he got very annoyed and angry. James apparently said that “everyone else is blind to what is going on in Britain” and made comments about how Matthew had made him “see sense”. He allegedly made what Jenny interpreted as a threat, saying, “just you wait and see what we have planned”.

This has the potential to be a safeguarding issue.

Although you have not directly heard James making these types of comments yourself, you must take Jenny’s claim seriously. While it may be that Jenny is simply annoyed at James for leaving the group, her claims must not be dismissed. You should already be aware of some of the potential behavioural indicators of radicalisation. This does include distancing from old friends, being argumentative, and sympathetic to extremist ideologies. If what Jenny is saying is true, then James may have been radicalised, possibly by or alongside Matthew. This has the potential to cause harm to other people if the threat of potentially violent action is carried out.

For more information about how to respond to potential instances of radicalisation, you can access the government’s Channel Guidance or educate.against.hate.

A’isha is known to be disruptive during class. Behavioural concerns have been raised in the past. The DSL believes that due to her parents’ recent divorce A’isha has been acting out at school as a way to get attention from others. During breaktime, you witness A’isha showing her friends her new mobile phone and telling them how her boyfriend bought it for her as a gift. As you leave work later that day you see A’isha kissing someone who looks at least 18 years old. A’isha and her friends then all get into the car and the ‘boyfriend’ drives off.

This is a safeguarding issue.

Because A’isha’s ‘boyfriend’ drives a car you know that he is at least 17 years old, though you suspect he’s older. Because A’isha is under 16, she cannot give consent to a potentially sexual relationship with someone who is significantly older. It appears that the potential abuser is grooming A’isha through the excessive gifts and attention that she is being given. You know that A’isha is a vulnerable child seeking attention and you are concerned she may be a victim of sexual exploitation.

Freddie is one of your Sixth Form pupils who you have taught History lessons to for the last five years. You notice how he has recently become more vocal and has seemingly gained confidence in class. During a lesson, Freddie and his friends are talking loudly amongst themselves. As you go over to them, you see that they are looking at a picture of one of the school’s female teachers on a mobile phone. The photo is sexually explicit and when you ask who the phone belongs to, you learn that it is Freddie’s. After class, Freddie tells you that the teacher sent the picture to him and that they have met up outside of school on a few occasions.

This is a safeguarding issue.

Here, a teacher is abusing their position and behaving inappropriately with Freddie, a pupil in their care. It is against the law for a person aged 18 or over to have any sexual contact with someone under 18 if the older person holds a position of trust. As Freddie is 17 years, and a student of the teacher with whom he is romantically involved, he is considered as a vulnerable individual who has been taken advantage of.

What Action Must I Take?

It is highly likely that you will need to take a similar course of action for the majority of the safeguarding concerns you have, including for the scenarios outlined above.

Firstly, make a written record of your observations and any concerns you have. Provide as much detail as possible, including dates. Then, follow your organisation’s child protection policy, usually by raising these concerns with the designated safeguarding lead (DSL) at your place of work.

While all employees have a duty to ensure children are kept safe at school, the DSL is responsible for overseeing this and for liaising with external child welfare organisations. As soon as you have concerns that a child may come to harm you should contact the DSL. You should have a proper discussion with them, allowing you to clearly express your suspicions. As the member of staff most knowledgeable in safeguarding, the DSL will know how to correctly respond to your concerns. This may mean they will make a referral and liaise with children’s social care if deemed necessary.

How to Report Concerns

If, having reported your concerns, you do not think that the appropriate action has been taken, you can call the NSPCC’s Whistleblowing Advice Line on 0800 028 0285, or email help@nspcc.org.uk. This service offers free, confidential advice and support to anyone concerned about how safeguarding concerns are dealt with.

If you believe a child to be at risk of immediate danger, you must call the police on 999.

As an employee in the education sector, you share an important duty to keep all children safe. Your training should have taught you to recognise the potential warning signs of all safeguarding concerns. Furthermore, the scenarios above should have helped you think more about how you would respond to possible incidents you may come across. By discussing the scenarios with your colleagues, you will further improve knowledge. Crucially, when it comes to protecting the children you teach, do not ignore your own suspicions. Report your concerns to the DSL as soon as possible, as doing so may protect a child from serious harm. 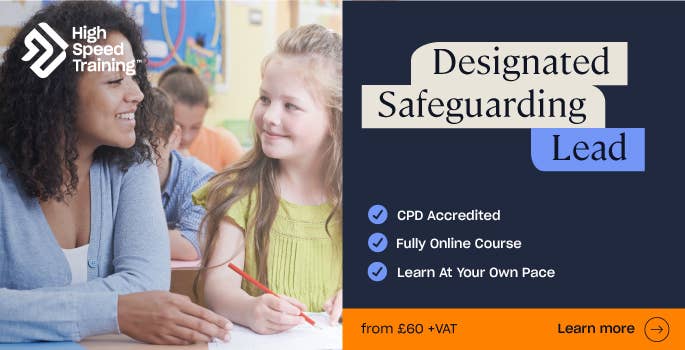 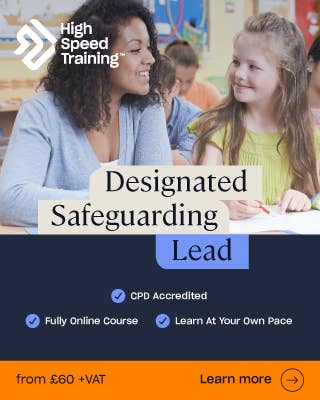 How to Explain Internet Safety to Your Child

8 Ideas for Building Resilience in Children at School

How to Encourage Children to Express Feelings & Emotions